'Could have been me': Raleigh resident from Buffalo, NY weary one week after massacre 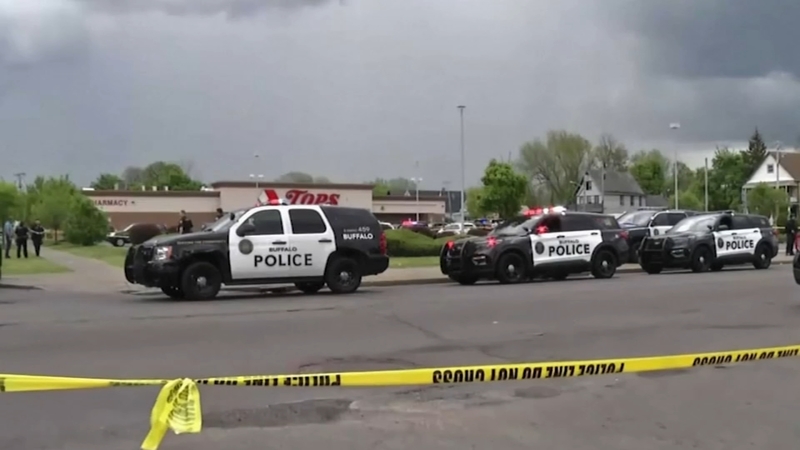 Raleigh resident from Buffalo, NY weary one week after massacre

RALEIGH, N.C. (WTVD) -- When Raleigh resident Alanna first heard the news about the shooting in New York, she became frantic and worried about family.

"Where is my dad because he's literally three houses from the rear of the store," she said.

Tops Grocery Store sits in the Buffalo, New York Community that Alayna grew up in. She was preparing for her daughter's college graduation party when she first heard the news.

"I called him. Couldn't reach him the first call. Second call he answered and said he was out helping a friend in Williamsville. So, he was safe and had no idea what was going on," Alanna said.

It was a sigh of relief, but as the news developed, she became weary. Ten people dead and many others injured. Police identified the victims including, Aaron Salter, the retired police officer who worked security at tops grocery store, as a hero. Alanna knew Salter. She had just seen him on duty there a few weeks back.

"We sat and chatted for a little while, just a quick catch up. I hadn't seen him in a few years. He said I'm doing well. Working here at the store. Just the usual socialization. It breaks my heart I was just talking to this person not three weeks ago," she said.

According to Alanna, Tops is more than a supermarket. Her 89-year-old grandmother Thelma Sherrod says it's a place you can count on running into someone you know. In fact, she remembers when the tops grocery store first opened.

"It was the only grocery store in the neighborhood. Had another grocery store that failed. Opening this one was a big deal," said Sherrod.

Now the trauma and fear associated with taking a trip to the neighborhood grocery store looms. As people living there included Alanna's dad try moving forward.