Mother, daughter accused of murder after being found in Pennsylvania apartment with 5 dead relatives 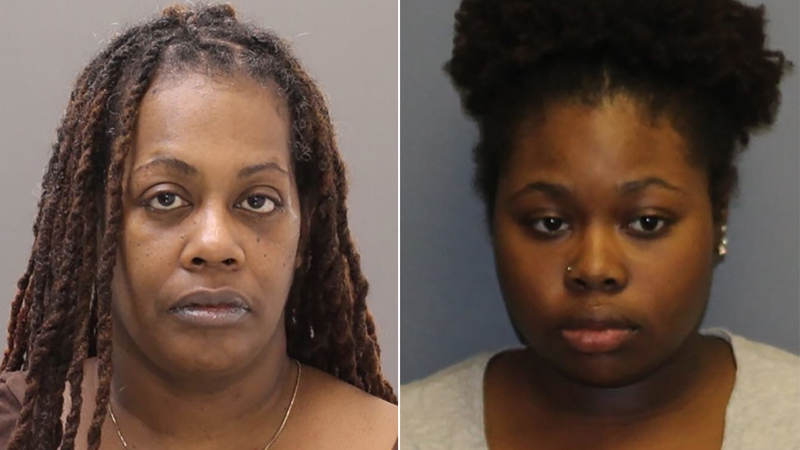 MORRISVILLE, Pa. -- Authorities say a mother and daughter confessed to their involvement in the murders of five family members, including three children, inside their Pennsylvania home after initially told police everyone involved had been talking about suicide.

Shana Decree, 45, was arraigned on five counts of murder and conspiracy charges around 4 a.m. Tuesday and is being held without bail. Her 19-year-old daughter Dominique is expected to be arraigned on the same charges soon.

Shana and Dominique Decree are now charged with killing five of their relatives, including three children, at an apartment in Morrisville. pic.twitter.com/FwXHhxixOn

ABC sister station WPVI was told Children and Youth Social Services Agency performed a welfare check at the Robert Morris Apartments on Saturday, but when no one answered, a worker left a card.

Inside they found two women, identified as Shana and Dominique Decree, in bed. The worker reported that the two seemed disoriented and the apartment was in disarray. Local police were called to the scene and both women were taken to the hospital.

"This is a terrible tragedy. I just spoke with the family of the five of the deceased and we're all heartbroken," Bucks County District Attorney Matthew Weintraub said during a Monday night press conference.

The affidavit says Shana and Dominique Decree were read their Miranda rights in the emergency room of the hospital and both spoke to police without an attorney present. Both were in separate exam rooms when they were being questioned.

Dominique told police she lived in the home with her mother Shana, her sister Naa'Irah, her 13-year-old brother Damon, her aunt Jamilla Campbell, and Campbell's twin daughters.

Authorities say Dominique had visible injuries to her neck and, at first, denied knowing what happened. She claimed that an unknown male hurt her and she kept repeating she wanted to die.

Shana also first denied knowing what happened, according to police, claiming her sister's boyfriend and two unknown males came into the apartment and killed everyone except her and her daughter.

Authorities had been searching for Jamilla Campbell's 17-year-old son, Joshua Campbell, to ensure his safety. They located him Tuesday morning in Willingboro. He is not considered a suspect.