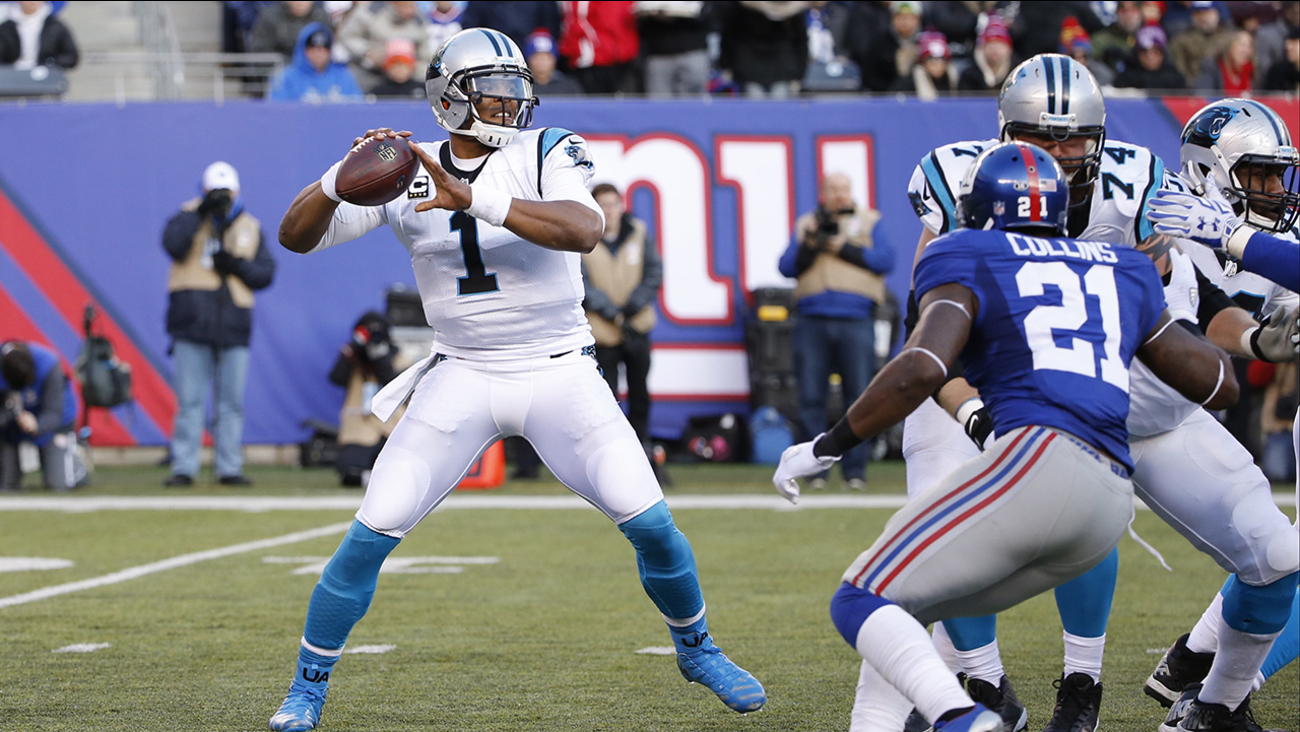 Carolina Panthers' Cam Newton (1) throws a pass during the second half of an NFL football game against the New York Giants Sunday, Dec. 20, 2015, in East Rutherford, N.J. (Kathy Willens)

They sleuthed the Seahawks, punched the Packers and Sunday the Panthers goosed the Giants, 38-35. Cam Newton threw five more touchdowns. 14 wins and counting.

Cam Newton had another late drive to win the game. After the Giants scored 21 points in the fourth quarter, Cam took his team and marched down the field for the winning score.

Newton continues to add to his MVP resume. In addition to his 5 touchdowns, he threw for 340 yards and rushed for 100, becoming the first player in the Super Bowl era with 5 passing touchdowns and 100 rush yards in a single game.

Cam Newton is the 1st player in the Super Bowl era with 5 Pass TD and 100 Rush yards in a single game. pic.twitter.com/qaStnnGz1P

READ MORE: Cam Newton for MVP? Lock it in.

Odell Beckham Jr. had an up and down game. The Giants star receiver dropped a sure touchdown on New York's first possession that would have given the underdog an early lead. Beckham and Panthers cornerback Josh Norman tried to steal the show by slugging on each other every play to start the game.

He came back with a huge touchdown over Norman late in the fourth quarter to tie the game at 35-35.

The guy who knows all about drops, Panthers receiver Ted Ginn, found one in his bread basket and didn't let go. Ginn is having by far his best season, and so are the Panthers.

Ginn gave the Panthers the lead and now has 10 TD catches this season. He later dropped another sure score, but we'll let that one slide since he caught another to make it 35-7.

Cornerback Charles Tillman returned to the lineup after four missed games. He helped force a huge turnover in the 2nd quarter setting up Cam Newtons' 27th TD pass of the season. Tillman would add to that total staking the Panthers to a 21-7 lead.