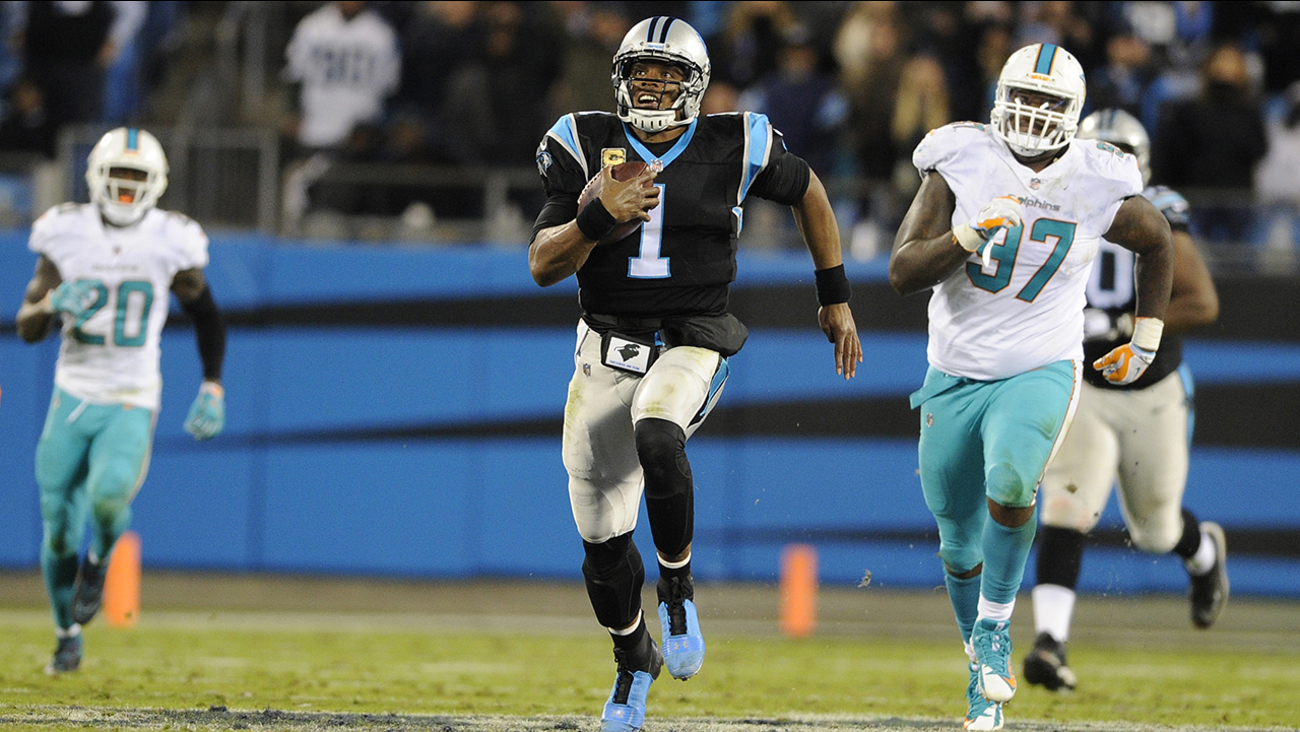 Cam Newton and the Panthers ran (and threw) past the Miami Dolphins. (Mike McCarn)

Devin Funchess made 5 receptions for 92 yards and two scores to help the Panthers (7-3) keep pace with the NFC South division-leading New Orleans Saints (7-2).

Christian McCaffrey capped an 85-yard drive, the Panthers' longest of the season, to take a 10-0 lead in the second quarter. Miami answered on a shovel pass from Jay Cutler to Julius Thomas to cut the lead back to three.

After getting the ball back before the half it looked like the game would remain tight through halftime, but linebacker Luke Kuechly changed that with his third interception this season giving Carolina the ball back with under a minute to go in the half.

Jonathan Stewart had his best production, reaching the century mark for the first time this season. Stewart finished with 110 yards on 17 carries. His running helped set up a Cameron Artis-Payne 12-yard run to paydirt to put the Panthers up 31-7.

The teams traded a big plays to keep the scoreboard operator busy. The highlight for the home team might have been Newton's 69-yard run to set up his third TD toss.

The Panthers finished with a whopping 548 yards of total offense.

One down side for Carolina, rookie receiver Curtis Samuel was hurt when hurt when a defender rolled over his left ankle after an incompletion in the end zone early in the third quarter. Samuel had to be helped to the locker room.

Samuel is a second-round pick out of Ohio State who recently entered the starting lineup after the Panthers dealt Kelvin Benjamin to Buffalo.

The Panthers head into a bye week before hitting the road to face the New York Jets.