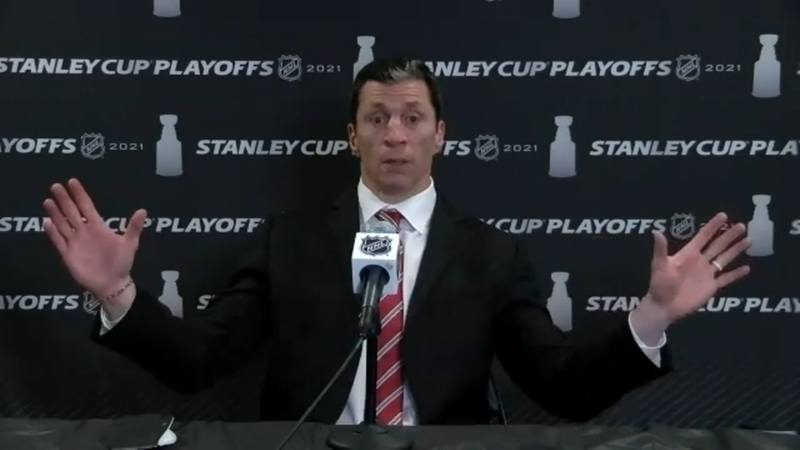 RALEIGH, N.C. (WTVD) -- The Carolina Hurricanes are off Saturday after a double-overtime loss last night in Nashville - the first loss of the season leaving the team more mad than upset due to the off-balanced officiating.

"We played our butts off," said Hurricanes head coach, Rod Brind'Amour. "We played great, we played hard, we're playing a great team. We're in a battle. Nashville's a phenomenal team. But we're also fighting the refs. That's plain and simple. You can't tell me two games in a row, they get seven or eight, and get three? When the game is this even? It's not right."

The Predators have received 14 power plays in the past two games, while the Hurricanes have been on the man advantage just 6 times.

"I give my guys tons of credit for playing their butts off," Brind'Amour said. "They had a good chance to win. It's not right. Two overtimes? A knick-knack penalty, when there was stuff going on all over and they score the next shift because we're out of rotation? That's not how it should go."

Jordan Staal was asked about the officiating and replied, "No comment."

Despite the loss, Carolina still leads the series two games to one. Defenseman Jaccob Slavin missed the last two games due to a lower-body injury and is questionable for Game 4. Brett Pesce has stepped up in Slavin's absence recording a goal and assist.

"The guy's been an absolute animal since playoffs, all year really," said Staal. "With a big guy out, man, has he stepped up and played well."

Game 4 is set for tomorrow at 2:30 p.m. inside Bridgestone Arena. The Canes will then return home to PNC on Tuesday night for Game 5.