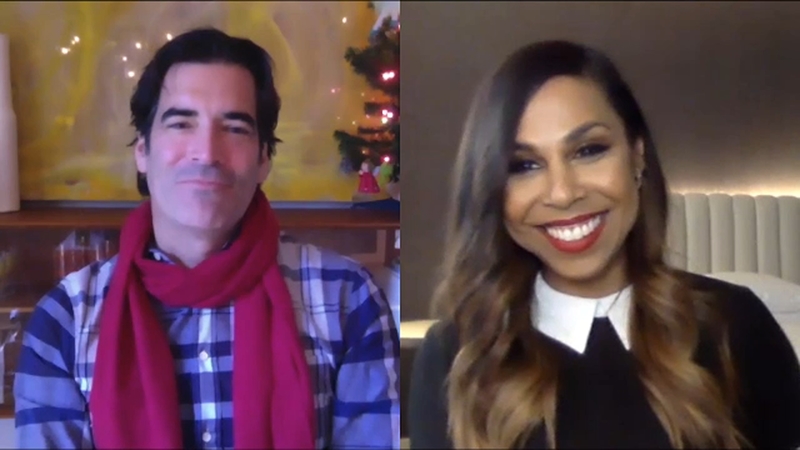 This is the show's eight season and the third time they will air "Heavyweights." That's where entire neighborhoods work together to create spectacular displays with millions and millions of lights.

"They dabble in the one, to seven, eight million lights. It's just a crazy amount of lights," said Carter Oosterhouse, cohost.

You'll see a first-ever parade of one-of-a-kind sparkling floats and a mile-long drive-through, a rollercoaster, and many other dazzling surprises.

Among the "Heavyweights" are:
- The Storybook Land team brimming with nostalgia and a million lights, as this family-owned amusement park continues to go all out for the holiday season in Egg Harbor Township, New Jersey.
- The Luminaria team's sprawling 55-acre botanical garden gets blanketed with thousands of high-tech luminaries during the holiday season, creating one of the largest pixel fields in the world in Lehi, Utah.
- Folepi's Winter Wonderland creates an awe-inspiring parade of a million lights, featuring mammoth-sized floats wrapped in thousands of LEDs-a Light Fight first-in East Peoria, Illinois.

- The World of Illumination creates an all-inclusive display, featuring over a million lights and boasts the world's largest RGB snowman, standing 36 feet tall in Glendale, Arizona.

After the "Heavyweights" episode, Oosterhouse and cohost Taniya Nayak travel to the displays of other families created all around the country. The winner will receive $50,000!

"I love to see composition, I love to see something I've never seen before, I love when they're able to tie in a great story," Nayak said.

You may notice that there's hugging and high fiving going on, that's because each season is filmed the year before. So season 8, we're still going to see big crowds. Next year, when we watch, we won't because it's filming right now.

"We don't crowds, we don't high five, we don't hug, so it's different, but there's no less spirit or emotion," Oosterhouse said.