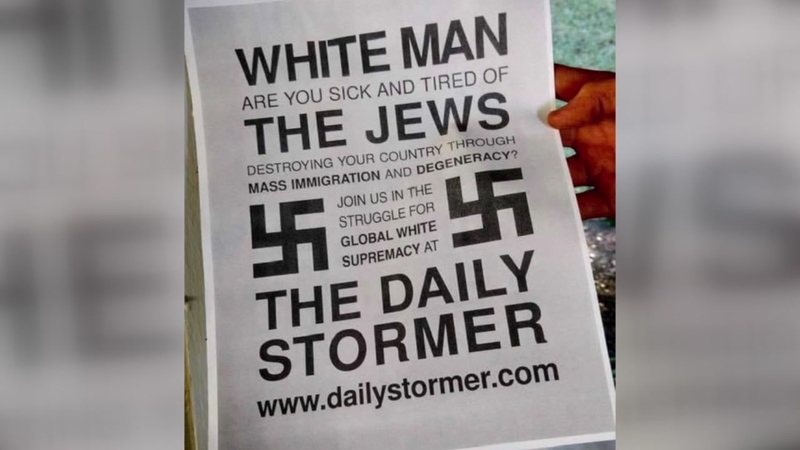 The fliers referenced the hate-site "The Daily Stormer," and included pictures of two Nazi swastikas.

"Obviously we are deeply disturbed by anything like that. At the same time, because of the experience we have with so many different types of people from so many neighborhoods over here, we hope and we pray that something like this is really an outlier," explained Rabbi Yisroel Cotlar with Chabad of Cary and Morrisville.

Chabad is a Jewish education agency. While they did not receive the flier, they were aware of its existence.

Cotlar said the incident is in stark contrast to the overall positive experience he has enjoyed since moving to the area nine years ago.

"We have wonderful relationships with our neighbors, and we are proud to live in an area that is tolerant and respectful towards people of all faiths and traditions," said Cotlar.

Police were unable to confirm the exact addresses the fliers were distributed but added they would be able to release more information once the investigation is complete. They noted that they were working to meet up with the individual they believe is responsible.

Cotlar referenced the upcoming Hanukkah holiday as he responded to hate-filled fliers.

"This group and its practices of disseminating hate are well known. Unfortunately, it is representative of an increase in hate incidents across the country. ADL reported a nearly 70% increase in anti-Semitic incidents in 2017 and we continue to see that level of activity in 2018."