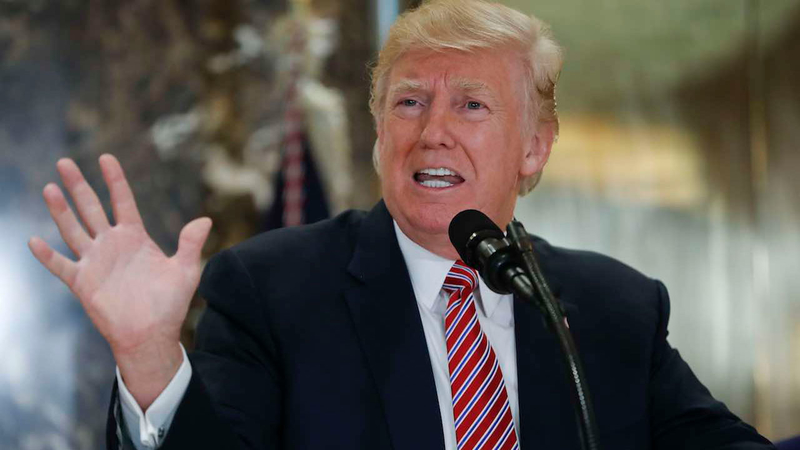 President Donald Trump's news conference on Tuesday quickly drew ire from both side of the aisle after he repeatedly refused to immediately and specifically call out the white supremacist violence that engulfed Charlottesville, Virginia, over the weekend.

The violence that resulted from the "Unite the Right" rally left one woman dead and injured 19 more after a car rammed into a crowd of people.

His divisive comments garnered a slew of reactions from lawmakers:

We must be clear. White supremacy is repulsive. This bigotry is counter to all this country stands for. There can be no moral ambiguity.

This is simple: we must condemn and marginalize white supremacist groups, not encourage and embolden them.

The President of the United States just defended neo-Nazis and blamed those who condemn their racism and hate. This is sick.

There are not “many sides” to a terrorist attack. White nationalists fueled this attack and they must be held accountable.

There are not ‘many sides’ to blame for #Charlottesville. There is right and wrong. White nationalism, hatred and bigotry are wrong. -SB

.@realDonaldTrump we heard you loud & clear. Ignoring the abhorrent evil of white supremacism is an attack on our American values. pic.twitter.com/UNmyAbmTsz

Blaming "both sides" for #Charlottesville?! No. Back to relativism when dealing with KKK, Nazi sympathizers, white supremacists? Just no.

The violence in Charlottesville was not caused by the "alt-left," (whatever that may be). It was caused by Neo-Nazis and white supremacists.

I’ve said it before and I’ll say it again: there are not “many sides” to this. pic.twitter.com/AosWtqVt3k

The #WhiteSupremacy groups will see being assigned only 50% of blame as a win.We can not allow this old evil to be resurrected 6/6

I was clear about this bigotry & violence over the weekend and I'll repeat it today: We must defeat white supremacy and all forms of hatred. https://t.co/iOaVvE8txs

As a Jew, as an American, as a human, words cannot express my disgust and disappointment. This is not my President.