Report: Child poverty in NC dropped in 2020, though concerns linger 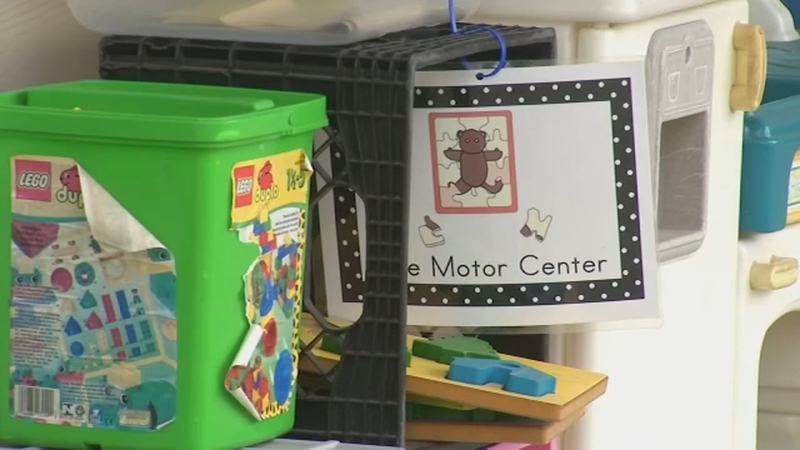 Report: Child poverty in NC dropped in 2020, though concerns linger

RALEIGH, N.C. (WTVD) -- A report released by the statewide advocacy organization NC Child showed the percentage of children living in poor or low-income households dipped in 2020, though varied greatly on a county-by-county basis.

Vikki Crouse, project director at NC Child, pointed to expanded unemployment benefits, direct stimulus payments, and enhanced food, rent, and mortgage assistance as playing key roles in aiding families. The concern advocates like Crouse have are programs, like the Child Tax Credit, are now either expired or set to end soon.

"Universal meals in schools are ending soon in North Carolina. And this is something that has really helped kids form going hungry and being able to focus in school and do well," Crouse said.

Crouse also pointed to the importance of targeted aid, especially to families with younger children, which the report found are more likely to experience hardships due to the parents generally being younger and less financially secure.

"Those first five years are really key because children are developing a lot and rapidly during that stage of development and so anything that you do from early education to preventative healthcare can have really long-lasting impacts in their lives," said Crouse.

The report also found Black and Hispanic children and children who lived in rural counties were at increased risk to live in poor or low-income households due to a number of factors, ranging from generational barriers to economic mobility for the former group to limited access to transportation and healthcare for the latter group.

"We're glad to see that healthcare coverage remain(ed) stable across the board in 2020 compared to previous years, and that was really important because we were worried how mass job and income loss would impact coverage for kids and their parents the first year of the pandemic. But thanks to policies like uninterrupted coverage, particularly those enrolled in Medicaid, were really helpful in making sure kids remained covered and were able to get the services that they needed," Crouse said.

Access to child-care has also been an obstacle that has prevented mothers like Katherine Walden from re-entering the workforce.

"You see all of the signs everywhere, like 'Sign-on Bonus,' 'Employment Opportunities,' 'We're willing to pay $15 an hour,' so way above the minimum wage, but that's still not a living wage for a family, especially in Wake County with the rise in rent, mortgages, inflation due to food and child care," said Walden, a Wake County mother of three.

Walden initially left her job in 2019 to give birth to her third child, and then ran an in-home child care program prior to the pandemic, but was forced to end it due to family health concerns. In efforts to find care for her youngest child, who will soon be four years old, she's encountered long wait-lists and high costs.

"Looking how much I was making running my own business, the next level for that was going to be I was going to be renting a storefront. Take on rent and the cost of doing business, and then having to try and pay more than our mortgage for child care just for Jude, then we would have to look at before-and-after care cost for my two older children, and what transportation would actually even look like," Walden said.

Walden supports universal Pre-K, believing it would both aid children's educational and social development, and allow parents an opportunity to work more stable hours. Her family is now living off a single income, and while their necessities are being covered, they lack discretionary income.

"I would be able to go to work again, and support our family better, and also support the local economy too. People like me going to work means that I can go and get a cup of coffee at a local coffeehouse. I can maybe go get my nails done once every quarter or something. There are simple things that have a second income do to your child having adequate and quality and affordable care would mean just a boom to our local economy, and I think that it's really time for politicians to look at that and get it passed, so we can get back to work and start rebuilding what the pandemic has stripped from us," Walden said.

Even part-time retail jobs, which could aid families like Walden's, can be difficult to hold down due to inconsistent scheduling, both from employer and school, especially when factoring in days where school is closed or required COVID-19 quarantines.

To handle rising inflation, Walden said her family has started a garden to grow their own fruit and is careful when shopping for groceries.