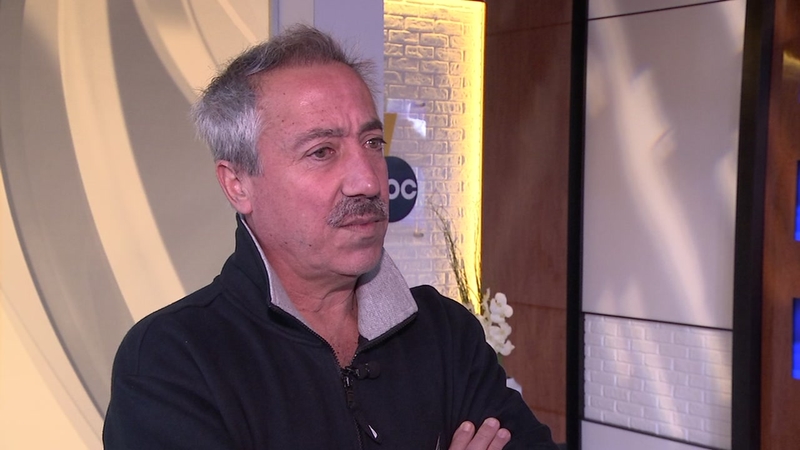 Man who landed helicopter at SAS tells his story

RALEIGH, N.C. (WTVD) -- Christian Degroux told ABC11 a different story than the one he told in federal court last summer -- The one about landing a helicopter at the SAS campus in Cary and posing as a military general as a stunt to impress a woman who worked at the Cary software company.

"I want to clear my name," Desgroux said. "I want everybody that knows me that I'm not a liar."

Out of prison and re-starting his life, Desgroux says he wanted to tell his story.

“I want to clear my name! I want everybody to know that I’m not a liar.” —
Fresh out of federal prison for impersonating a 3-star general and landing a helicopter at a Cary software company to impress a woman, Christian Desgroux is telling his story tonight. #abc11 pic.twitter.com/F7OjqptGAS

The 58-year-old car mechanic who works out of his north Raleigh garage was dressed casually Thursday night, not in the military flight suit of a 3-star general he was wearing that bizarre day at SAS in November last year.

"I want to make sure that this doesn't happen again," said Desgroux. "I mean it's outrageous that you go to prison for landing a helicopter in a flying suit."

But what Degroux pleaded guilty to in federal court last July wasn't just about flying a helicopter. He told the judge he was impersonating a military officer to impress a woman who worked at SAS.

Now, Degroux says the woman was just a friend, a potential business partner that he was meeting to talk about his invention.

"I had permission (to land the helicopter) that I knew about," Desgroux said.

When we asked who gave him permission, he said the woman he was meeting. But he later acknowledged she thought he was picking her up in a car, not a helicopter.

We asked about those claims in federal court that he dressed up as a military officer to impress the woman. Desgroux says it was an idea from his attorney in an attempt for leniency from the judge.

"My lawyer said the easier thing for us to do will be saying that it was for a romantic thing so the judge will go, 'Oh it's not a problem.'"

But it was a problem. Desgroux was sentenced to six months in federal prison after entering a guilty plea. He says he served time in seven separate facilities.

"They start me in Raleigh, then over to Oklahoma, then to Los Angeles, came back to Oklahoma.

"I'm a true American citizen. I loved the military," he said. "And I'll do anything to help this country."

ABC11 was not able to immediately confirm Desgroux's time in the Chilean military.