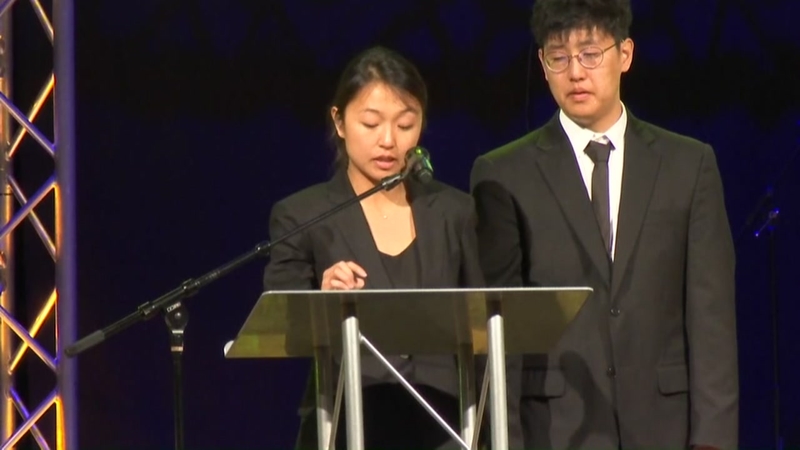 The funeral at New Horizon Church in Durham was intimate, with a small gathering of friends and family.

During the service, the audience learned the 61-year-old loved martial arts, music and golf.

His son, Raymond, was named after his favorite golfer.

The eulogy also centered around a golf analogy. The eulogist asked the crowd "What are we going to do with the rounds we have been given?"

Private photos of Lee with his family were displayed on a projector.

Lee's values were discussed during the tribute- even how he brought a homeless man home to take care for a little while.

She said the family will continue their father's legacy by being kinder and hard-working, and they hope to reopen Kaffeinate Coffeeshop again.

She also had a message for people living in the Bull City. "Thank you to all of Durham. We thought we were choosing you. But the more that you chose us every day, the more you made this home for us and dad," she stated.

During the processional, music from the Jackson 5 played as the family left.