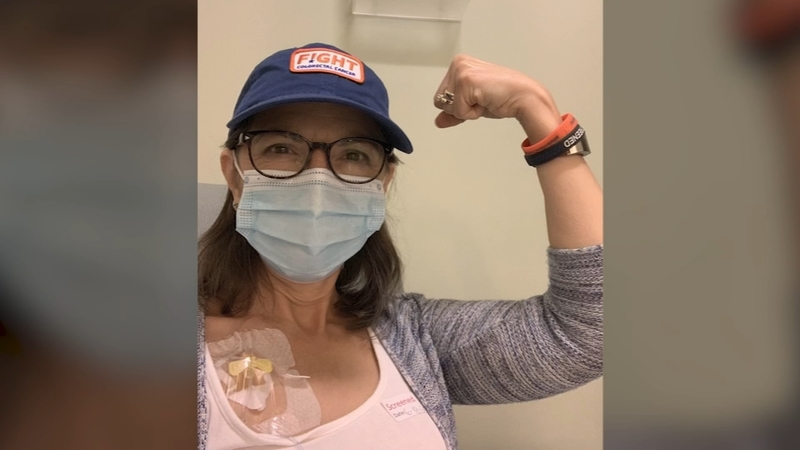 "Every cancer patient wants to know how long do I have," the Harnett County woman recalled, and she added, "and it's a question we don't really want to ask, but we want to know. And I was told, maybe 10, 15 years at best."

Goff had just been diagnosed with stage four colorectal cancer, a cancer that is preventable.

A resident of Dunn, she remembered how her case set the small town on its ear and taught her early on in her cancer fight how valuable her advocacy could be.

Word spread quickly about her surgery and diagnosis.

Apparently, people saw it as a cautionary tale and started getting colonoscopies.

"I was contacted later by a pharmacist friend of mine in town who said right after my surgery when everybody started hearing about me, she nearly sold out of colonoscopy prep," Goff recalled.

That's one of the reasons she happily joined forces with the people at Fight Colorectal Cancer.

And now, during National Colorectal Cancer Awareness Month, she's fighting hard not only for her own life but other lives as well.

When she turned 50, that was the recommended age for a colonoscopy. But she put it off because she had no family history of cancer.

"I learned that if you have a colon, you can potentially get colon cancer," Goff warned.

Just months after her diagnosis the American Cancer Society lowered the recommended age for a first colonoscopy to 45.

It was, according to her doctors, likely the approximate age when her cancer began developing.

In hindsight, she said, "If I had gone at 45, they probably would have found early polyps, and those could be removed. And that would have avoided developing into cancer."

She wants everyone 45 and older to get colonoscopies and said concerns about the procedure being uncomfortable or painful are no longer justified.

"Preparation has gotten much easier," she said. "And the procedure itself, you are anesthetized, you're knocked out. So you don't feel anything."

Goff noted that those younger than 45 should still be aware of the symptoms and that there are things they can do to avoid getting colon cancer.

"A lot of younger people are showing up with cancer," Goff said. "There are some kids who are, you know, teenagers and preteens with stage four colon cancer, a lot of 20s and 30s. So, people need to know what the signs and symptoms are."

As she spoke to ABC11 about her journey, nearby in her Dunn home were bottles of experimental chemotherapy capsules.

She recently joined a clinical trial of the new chemotherapy after other chemo treatments became ineffective.

She refuses to stop fighting.

"At stage four, this is a cancer that has a 14% survival rate," Goff said. "But my husband says I'm lousy at statistics, and I don't want to become one. So I'm not listening to that part of it."