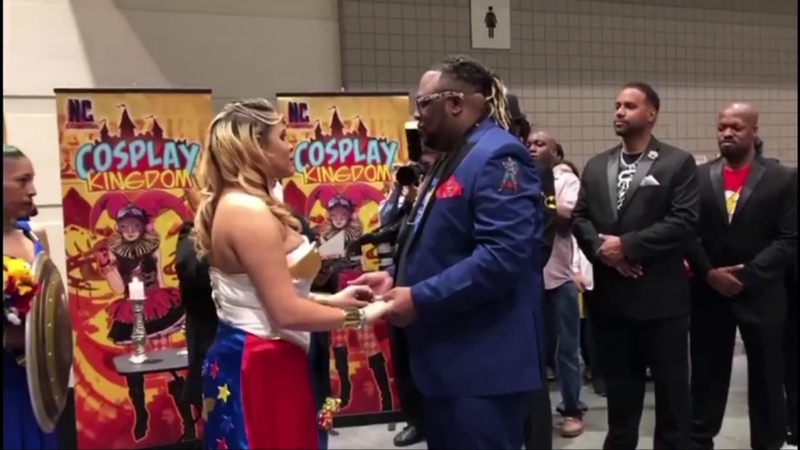 Triangle couple says 'I do' at Oak City Comic Con

In the crowds of congoers and cosplayers were a bride and groom.

Kayla Cason never thought she would be dressed as Wonder Woman at her wedding, but inside of a white banquet hall.

But she, along with her new husband's love of all things superheroes, allowed for a heroic twist on their big day.

It was Mario - or at least a man cosplaying as Mario - who suggested to the couple to say "I do" in front of thousands.

It was also Mario who officiated the wedding.

With a symbol of hope (a Superman emblem ) on the married finger of the bride and groom, the couple celebrated their honeymoon in Thailand.

So, whats next for this couple?

"Infinity war! We already got our tickets!"