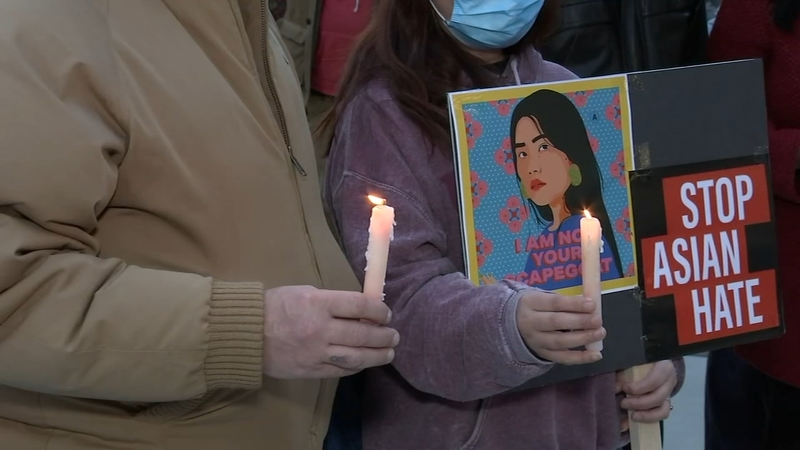 CARY, N.C. (WTVD) -- The Triangle joined the rest of the country in calls to end hate and violence against both Asian-Americans and Pacific Islanders on Saturday night.

The Chinese American Friendship Association (CAFA) helped organize the candlelight vigil in front of the downtown Cary Regional Library. The library serving as a safe space as hundreds came together including members of the Cary and Morrisville Town Council as well as Congressman Deborah Ross.


"This has been very hard, very hard to everyone in the world actually," said Xilong Zhao of CAFA. "I felt frightened and sad and angry. I think this should not be happening in this difficult time."

The Town of Cary also lowered its flag to half-staff to honor the victims.

"This is how Cary is showing his solidarity and I want to be with the people I represent in Washington," said Congresswoman Ross.

Some North Carolina senators are standing behind the Hate Crimes Prevention Act, which would, among other things, create a database for reporting alleged hate crimes.

"People have been denying what was happening there and we just need to take a stand right now," said Katie Shen, a freshman at Cary Academy. "We all need to do our part and raise awareness."
Advocates around the country said they've seen a spike in the number of hate crimes against Asian-Americans since the pandemic started -- including Shen herself.

"We have to be aware that there are incidents of racism right here in our community," said Cary resident Ya Liu.
Report a correction or typo
Related topics:
community & eventscaryhate crimemass shootingvigilasian americanwake county news
Copyright © 2021 WTVD-TV. All Rights Reserved.
VIGIL 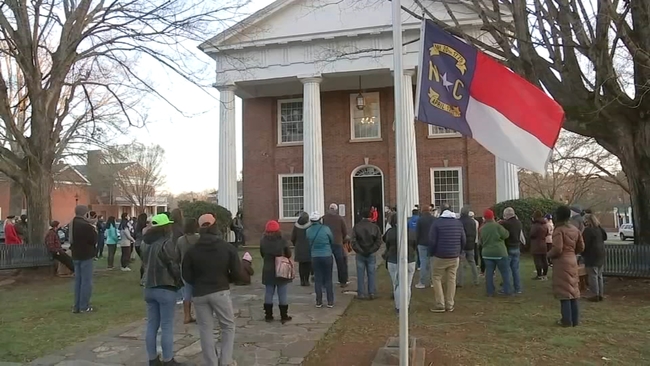 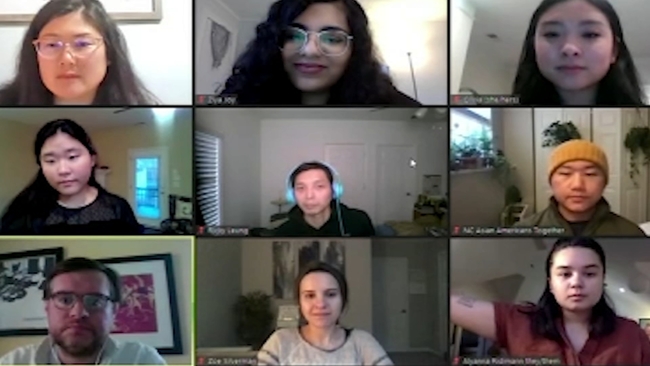