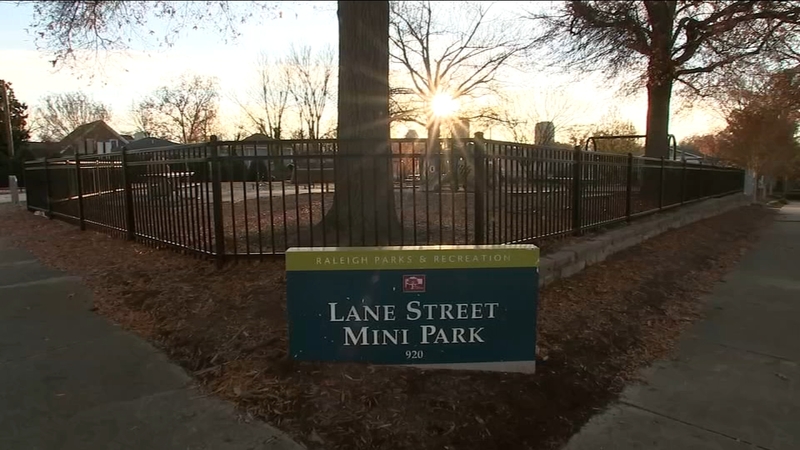 Moton, the North Carolina Central University basketball coach, grew up in the neighborhood surrounding the park.

He told ABC11's newsgathering partners at the News & Observer that his mother tried to keep him away from the park.

"It was so much violence happening every day, she feared me being hurt," said Moton. "She never wanted me to go up there."

Moton credited the Raleigh Boy's Club with being a haven for him to hone his basketball skills.

Moton graduated from Enloe High School in 1992 and went on to play college basketball at N.C. Central.

His career began in Raleigh where he coached at West Millbrook Middle School and Sanderson High School from 2001-2004.

He became the head coach at N.C. Central in 2009 and has taken the team to the NCAA tournament for the past three years.

Moton said he is touched by the decision to rename the Raleigh park.

"It's crazy," Moton said. "Normally when people name parks after you they are just naming it because you donated some money or it's some politics behind it, but this is park is different. It's where I grew up. It's my park. I've seen so much happen at that park. I could write a movie on just that park."
Report a correction or typo
Related topics:
community & eventsraleighnccu basketballparkgood sports
Copyright © 2021 WTVD-TV. All Rights Reserved.
TOP STORIES
3 dead, 2 missing after group of tubers go over dam near NC-VA border
2 dead, 2 injured in Durham shooting, police say
Raleigh names Patterson as new police chief
Black real estate developer breaks ground on SE Raleigh business hub
NCBOE approves documents for controversial social studies standards
Restaurants begin dishing out 20 percent Living Wage Fee to customers
DOD issues rule on Stayskal Act, will pay claims of medical malpractice
Show More
Fort Bragg soldier killed, 2 others injured in traffic accident
Man duped into buying Jeep that had 100k more miles than advertised
Unruly passenger escorted off NC plane for refusing to wear mask
Biden signs bill to make Juneteenth a federal holiday
'Armed and dangerous' carjacking suspect on the loose
More TOP STORIES News