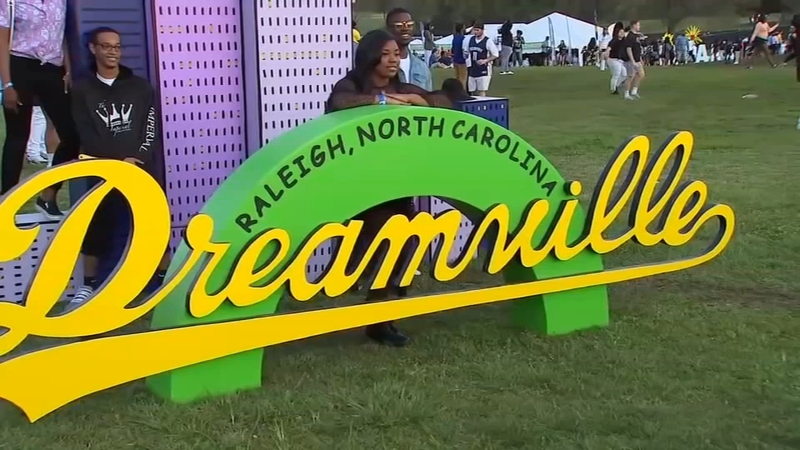 RALEIGH, N.C. (WTVD) -- This summer is shaping to be a quiet one in the Triangle as many large-scale concerts reschedule or flat out cancel because of COVID-19 concerns, the latest cancellation being the Dreamville Festival put on by Fayetteville native J. Cole.

In an official statement from Dreamville, all 2020 event ticket holders, and those that previously requested a refund, will automatically be refunded. If your ticket was purchased through a third party such as a team member, retail outlet or military sale you will have to request a refund by filling out a form at the festival's website.

In 2019, the festival brought more than 40,000 people to Dix Park, with more than half the people attending coming from out of state.

For perspective, the turnout was so large it nearly rivals the 44,000 average visitors on opening day at the State Fair, according to Visit Raleigh.

"Unfortunately," said Amy Cox of Deep South Entertainment. "I think for the next couple of months it's kind of off the plate" because of coronavirus concerns. "The city's not even allowing any special events to happen that gather more than 10 people through the end of May right now, and it's likely that will extend through early July."

RELATED: Lack of music-filled summer could have a big impact on the Triangle's economy
EMBED More News Videos

The Dreamville Music Festival, put on by rapper and Fayetteville native J. Cole, has officially canceled because of the COVID-19 pandemic. The festival had previously been rescheduled to late August.

That has some acts rescheduling their dates. Brooks & Dunn, originally set to perform in Raleigh next Friday, will appear in September instead.

"Everyone in this situation is more than likely trying to figure out a way to postpone their event as opposed to outright canceling it. In some cases, people are being overly safe and moving their event to 2021," Cox said.

In the meantime, she says, promoters are exploring alternate plans for live music,

'A drive-in concert series. I can't promise it's gonna happen but you'll be the first to know if it does! Live Nation is doing a 'live from home' series," she added. "And there are a lot of big artists on that. And they're in their living room, just as I am right now. Playing their guitar and making it happen."

Still, some frustrated fans may just want their money back. She suggests monitoring the social media of your ticket provider for updates.