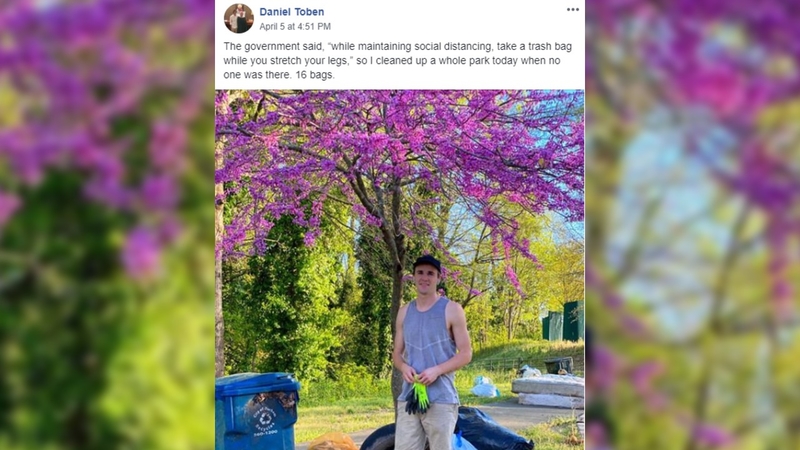 Man picks up trash around Raleigh while social distancing

RALEIGH (WTVD) -- Daniel Toben is no stranger to picking up trash.

"I'm like ten years into doing this work and it's really fun for me," he said. "When I was a freshman at NC State, I noticed a stream by my dorm that was depressingly filled with plastic bottles, and I just took it as my own responsibility to clean it up, and after that first clean up, I got a hobby out of it."

One of Daniel's friends sent him a tweet from the NCDOT which inspired him to head to Hillside park in Durham. Instead of just picking up a piece or two of trash, he filled up 16 large trash bags.

Due to @NC_Governor's Stay-at-Home order, our spring #LitterSweepNC has been cancelled. But while maintaining social distancing, take a trash bag out as you stretch your legs for a walk. Keeping our roads clean is a year-long commitment. pic.twitter.com/Fk7McCYvZF

"It was kind of a just like spur of the moment, go out and do a cleanup," he said. "I started and I thought man this is really fun again, and it's been a while since I've done this and (so I) cleaned up the park."

Daniel shared a picture and explained what he did on Facebook. That post got over 2,000 likes, and it inspired other people to go out and do the same thing. 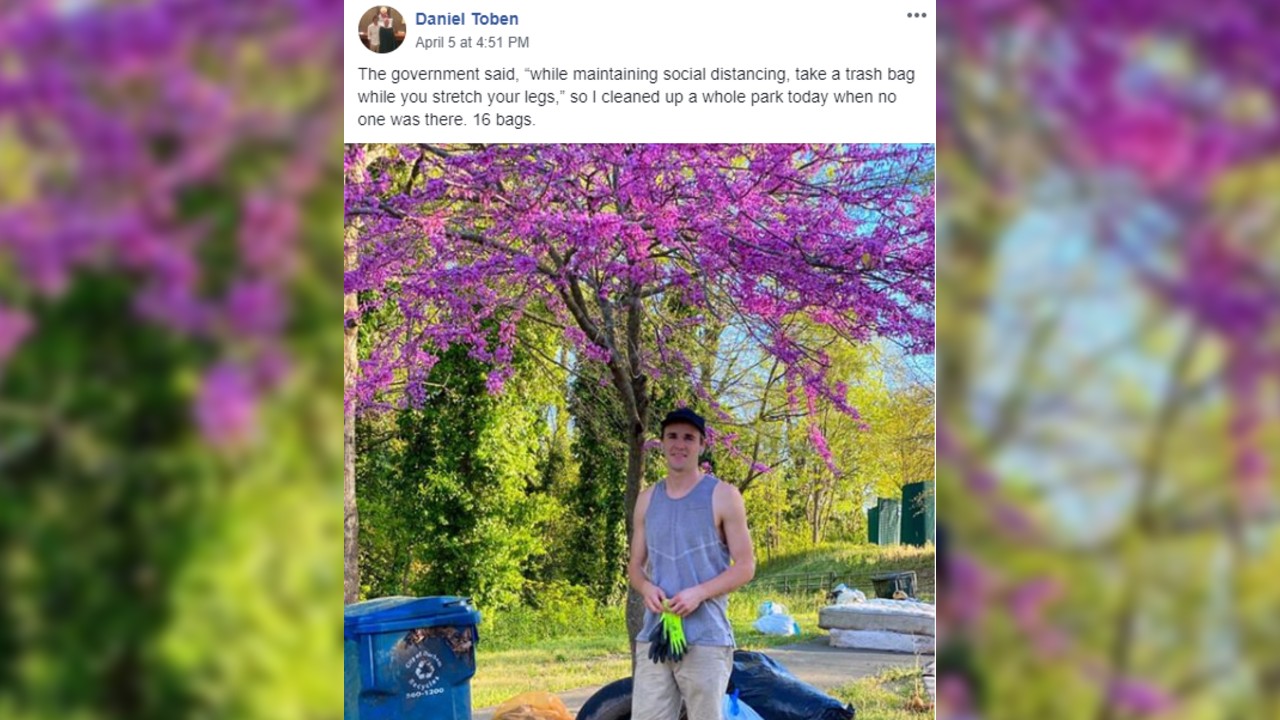 "I just want to say I'm really touched by the people that responded," Toben said. "I have heard from people that they were inspired to go do it in their neighborhood. It really makes me feel good. I hope what I'm doing can become a community wide shared endeavour."

Daniel does about three cleanups a week, and he's in the process of starting a non-profit called The Earth Stewards.

He already has an app that shows all the places he's cleaned.

"I was working three jobs and I decided that if I was going to work this hard then I might as well do something that I believed in," said Toben. "I was tired of thinking about money and just wanted to do something that made me feel good."
Report a correction or typo
Related topics:
community & eventsraleighenvironmenttrashlitteringcoronavirusparkamtrak train crash
Copyright © 2022 WTVD-TV. All Rights Reserved.
CORONAVIRUS
LATEST: Deadline extended for House Wake COVID relief program
US confirmed 1st COVID case 2 years ago today
Many COVID-19 vaccine side effects caused by placebo effect: Study
LATEST: Many testing sites closed Friday because of winter storm
TOP STORIES
LIVE: Snow is finished but bitter cold remains
Slick roads found across central NC
How to make snow cream
Delta flight slides off taxiway after landing at RDU
Laundrie claimed responsibility for Petito's death in notebook: FBI
2 NYPD officers shot, 1 fatally, responding to domestic violence call
Person struck by vehicle on Western Blvd in Raleigh
Show More
City, county governments close services as wintry weather hits NC
LATEST: Deadline extended for House Wake COVID relief program
Raleigh Police investigate after man shot
Ford recalls 200K cars because brake lights can stay on
US confirmed 1st COVID case 2 years ago today
More TOP STORIES News