COVID-19 likely leading cause of death in US, preliminary stats show: Researchers 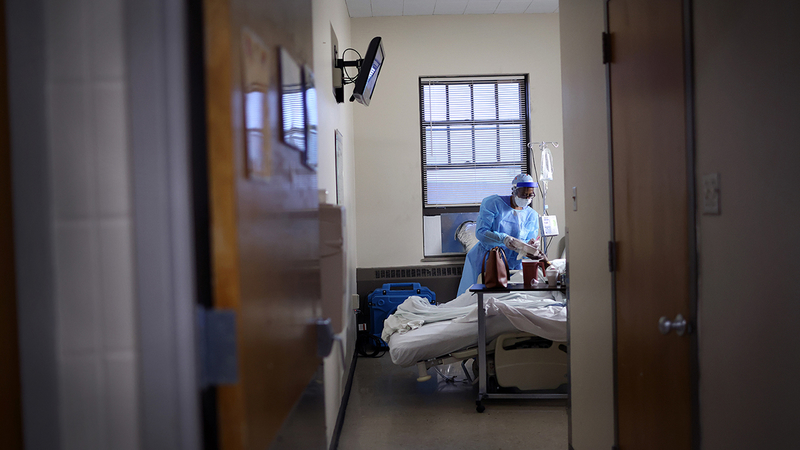 NEW YORK -- In January 2020, Americans learned about a new coronavirus in Wuhan, China. Not even one year later, the disease caused by the virus may be the leading cause of death in the United States, researchers say.

Based on a preliminary look at death statistics, COVID-19 may be accountable for more daily deaths than heart disease and cancer, according to a research letter published in the Journal of the American Medical Association.

The official death statistics will not be available from the Centers for Disease Control and Prevention until next year.

For decades, both heart disease and cancer had the highest mortality rates, with approximately 1,700 and 1,600 deaths per day, respectively.

Yet between Nov. 1 and Dec. 13, the seven-day moving average for daily COVID-19 deaths tripled, from 826 to 2,430 deaths per day, according to the letter. On Wednesday, the U.S. reported a record 3,656 deaths, according to the John Hopkins University COVID-19 dashboard.

The letter points out that if this trend continues, the seven-day moving average will surpass the height of the spring surge, with 2,856 deaths reported on April 21.

The letter also points out that excess deaths from reporting delays and disruptions produced by the pandemic are estimated to be 20% higher than the publicly reported COVID-19 death count.

"The failure of the public and its leaders to take adequate steps to prevent viral transmission has made the nation more vulnerable ... Much of this escalation was preventable, as is true for many deaths to come," the letter reads.