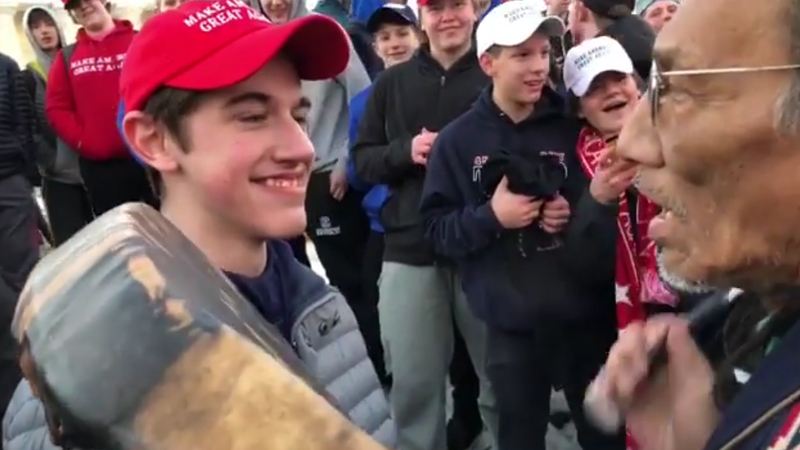 COVINGTON, Ky. -- A Kentucky diocese investigation has determined that Catholic school boys didn't instigate a confrontation at the Lincoln Memorial that went viral on social media.

The students were in Washington for an anti-abortion rally last month when they encountered a group of black street preachers who were shouting insults at both them and a group of Native Americans. The bishop now says the students "were placed in a situation that was at once bizarre and even threatening."

Both the Native American man, Nathan Phillips, and the Covington student shown in the video have said they were attempting to defuse the situation.