Pastor thankful to be alive after large crane collapses, falls onto home 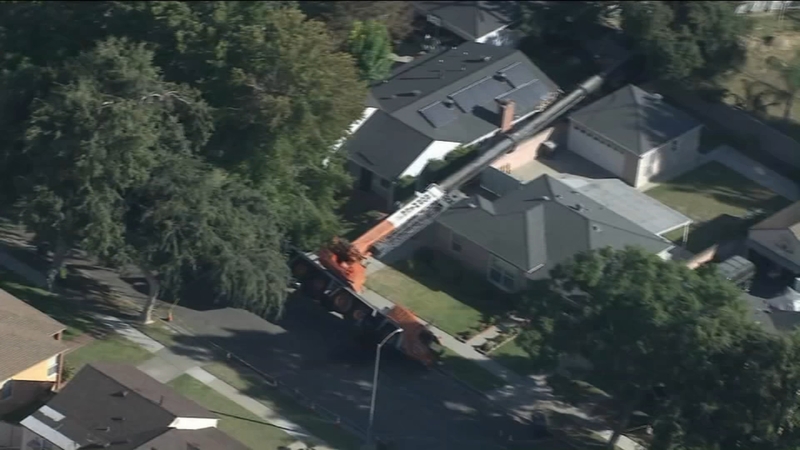 LONG BEACH, Calif. -- One person was transported to the hospital with injuries sustained after a craned tipped over and fell onto several homes in Long Beach.

The crane, which is the length of about two homes, collapsed around 12:30 p.m. Monday in the 300 block of 61st Street, according to the Long Beach Fire Department.

Carl Kromminga was treated at the hospital for injuries caused by falling debris. He's thankful to be alive.

"We were refilling the generators and I just heard this loud bang and it was almost like someone hit me in the back of the head with a baseball bat," said Kromminga, a pastor.

Residents said that crews had been working on nearby power lines in the area for several days.