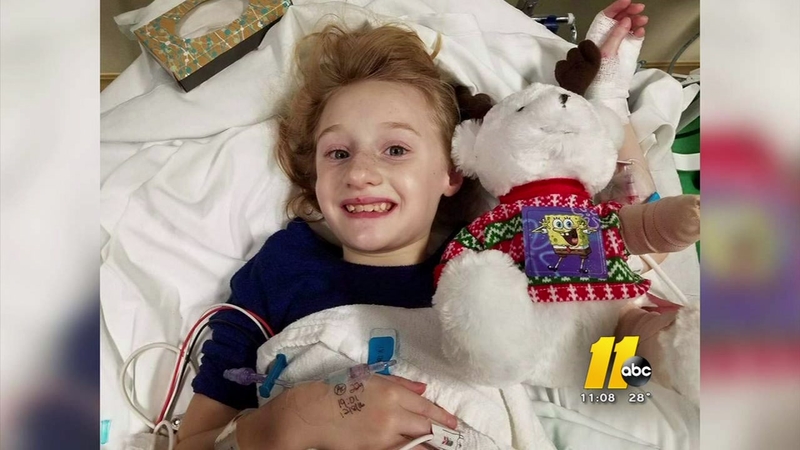 Schoolgirl hit by a truck is still smiling

Jeannie Sue is the little girl who was hit by a truck when she got off her school bus Thursday afternoon on Highway 210 in Cumberland County.

Now, the 8-year-old is smiling through some pretty serious injuries as she recuperates at Cape Fear Valley Medical Center.

Jeannie Sue's grandfather told ABC11 that her spirit is as bright and cheerful as that great big smile on her face, and with good reason. Tests showed Friday that her hip is OK, and she has no serious internal injuries.

She may have to undergo surgery for her broken leg in the next few days. Until then, the granddad said she's resting in pediatric intensive care.

He told ABC11 that Jeannie Sue's mom and grandmother were standing near a building, waiting for the little girl to come home from school Thursday. They watched in horror as she stepped away from her bus and into the path of a pickup coming in the opposite direction.

School officials said the bus was flashing its lights, and the stop arm was extended.

On Friday, a judge ordered the driver, Aaron Thomas Bruce to remain in jail for passing a stopped school bus while discharging passengers. Bruce could face up to two years in prison.

State troopers said Thursday that Bruce told them his brakes failed, but he left long skid marks on the road.

Bruce remains under a $10,000 secured bond. His next court date is in early January.