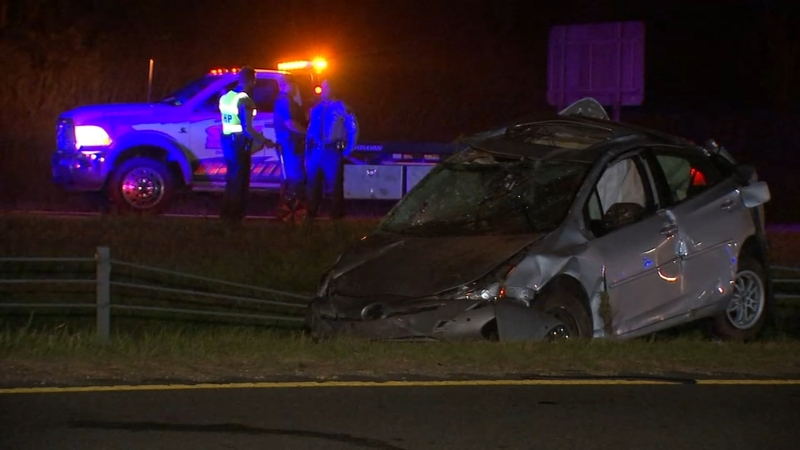 DURHAM, N.C. (WTVD) -- A rideshare passenger died in an early morning crash on the Durham Freeway.

According to North Carolina State Highway Patrol, the crash happened just after 1 a.m. near Ellis Road.


The North Carolina State Highway Patrol told ABC11 the driver of a Mercedes Benz struck the back of a rideshare vehicle, causing it to hit a guardrail. The driver of the Mercedes was taken to the hospital.

Daniel Joseph Wyatt, 26, was thrown from the back seat of the Toyota Prius and died at the scene.

Wyatt was not wearing a seatbelt, according to North Carolina State Highway Patrol. The driver of the rideshare care told NCSHP he was working for Lyft at the time of the crash. He was also taken to the hospital.


Highway Patrol said charges could be filed in the crash and believe alcohol and speed were linked to the crash.