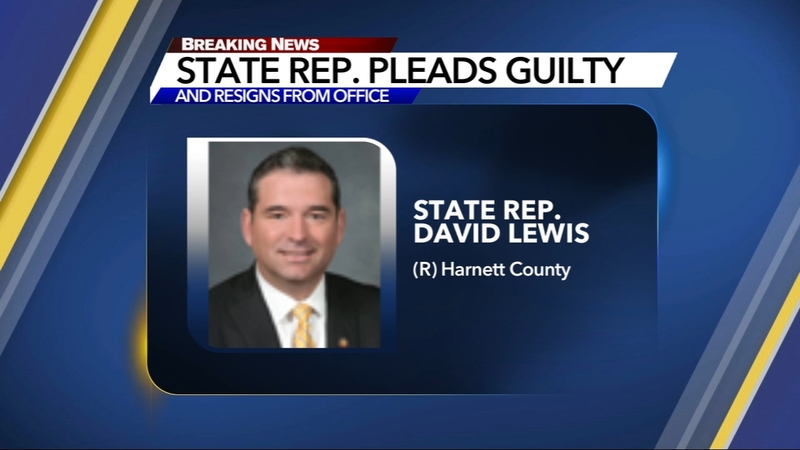 According to court documents from the North Carolina Western District Court, Lewis' campaign account sent several checks to the North Carolina GOP between 2017 and 2019--all of which were legal contributions. However, court documents allege that in August 2018, Lewis created an account in the name of "NC GOP, Inc.," over which he had sole authority. In making the account, Lewis lied and said NC GOP, Inc. was a legal corporation registered in any U.S. state.

Immediately after opening that account, court documents showed that Lewis sent a $50,000 check made out to "NCGOP" from his campaign account to the NC GOP, Inc. account. The same day, he wrote a check for more than $47,000 from the NC GOP, Inc. account to his family farm. He made a similar transfer of $15,000 later that month, and wrote a check from the account for $2,050 to his landlord.

Court documents show that Lewis later made contributions of $15,000 and $50,000 to the NCGOP from his personal account, and he closed the NC GOP, Inc. account in October 2018.

However, because he had lied and said the corporation was a legal entity, he was charged with making false statements to a bank. In addition, court documents said he did not file an income tax return on at least $84,200 that year.

A plea deal filed Thursday said Lewis faces a maximum sentence of 30 years, a $1 million or both for the first charge and one year and a $25,000 fine for the second.

In July, Lewis announced his plans to retire, but released the following statement announcing his immediate resignation Thursday:
"Today's agreement with the government signifies my commitment to put an unfortunate chapter behind me. The plea agreement is the result of my failing to file my 2018 tax return on time and my including a false statement on a bank form. These are my mistakes, and my mistakes alone. I am very sorry for these mistakes and I apologize.

I was raised on a farm, and I've been a farmer all my life. But farming has been tough for me for the past six years in a row and the financial stress I've been under has been tremendous. However, that is the reality facing many family farms, and it does not excuse my mistakes.

I thank the people of Harnett County for the opportunity to serve them in the North Carolina House for the past seventeen and a half years. It's been the honor of my lifetime. Today, I retire from public office. I am grateful for my family and our family farm.
Report a correction or typo
Related topics:
politicsnccharlotteharnett countyraleightaxesgeneral assemblycampaignnorth carolina news
Copyright © 2022 WTVD-TV. All Rights Reserved.
TOP STORIES
Supersonic jet startup Boom to open factory in NC
Triangle contractor going to prison, must repay $4M
Amy Schneider's historic 'Jeopardy!' run comes to an end
NCDOT, local Food bank preparing for possible winter weather
How to store and care for KN95 and N95 masks
Snow possible this weekend but major impacts not expected
NCDHHS tool highlights how childcare woes pre-date pandemic
Show More
Number of people of color seeking mental health care rises
US Marshals Service share details into solving years-long cold case
Maintenance orders pile up at Raleigh Housing Authority
LATEST: Wake County reduces COVID-19 testing hours
NC leaders pushing workforce development to help state's economy
More TOP STORIES News