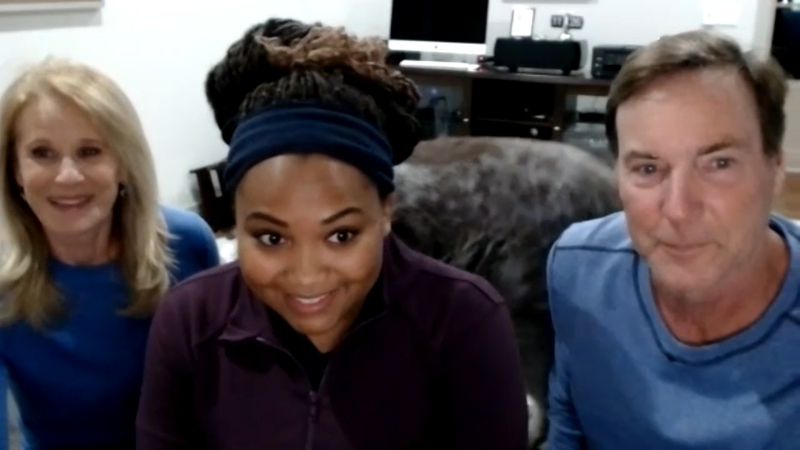 AUSTIN, Texas -- A couple who placed an order for a grocery delivery during Sunday's winter storm in Texas ended up sheltering the delivery driver for days when her car got stuck in their yard.

Chelsea Timmons told "Good Morning America" she was on her way to deliver her last H-E-B grocery order of the day and started driving up the customers' steep driveway at their home in Austin. Her car then began slipping downhill and landed in a flower bed in front of the home. She couldn't get her car out of the yard, as conditions were too icy.

"I'm a native Texan. That's just not something we deal with on a regular basis," she said.

She called the customers, Nina Richardson and Doug Condon, to let them know that she was stuck. They, too, tried to get the car to move, but it continued to slide backward even when they made progress. Condon said trying to move the car was too dangerous, so they tried calling AAA, but "the storm kept getting worse and worse" and "it was clear that they had higher priorities."

Richardson and Condon invited Timmons to come inside and served what Timmons called "a lovely steak dinner."

"When she first came in she was, I think, feeling a little uncomfortable being in a stranger's house, but pretty quickly it kind of has moved into her just being part of the family," Richardson said.

Over dinner, Timmons told the couple about her dream of opening a bakery. Richardson said she "immediately latched on to that" and asked if she wanted to try out a recipe she saved for a gluten-free coconut cake. Timmons soon made herself at home in the kitchen.

"It was the least I could do to show my appreciation for their hospitality," she said.

Even the dogs got along with Timmons, cuddling up next to her the first night of her stay.

Timmons called herself lucky for the unconventional situation, especially since her apartment building ended up losing electricity and water as the storms worsened.

"I'm so grateful for these two and grateful that they were not only able but very willing to just let a stranger into their home and keep me safe warm and fed and make me feel comfortable," she said. "If my car was stuck in front of anybody else's house, I don't think that I would be in this situation."

Condon said he and Richardson have daughters of their own, so they didn't even think twice about letting Timmons stay with them.