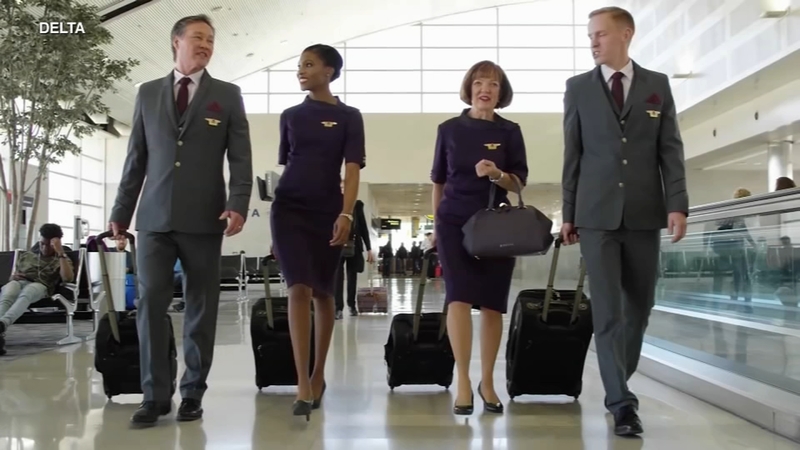 MINNEAPOLIS, Minn. -- Delta Air Lines plans to launch a new uniform program for its flight attendants and some airport customer service agents after complaints that uniforms that employees are required to wear are causing serious medical problems.

The director of Delta's New Uniform Program calls it "a big decision," but says "we side with our people, and we are making a change."

RELATED: Hundreds of Delta Airlines workers sue Lands' End over uniforms, say they made them sick

The lawsuit claims that the uniforms "pose an ongoing, unreasonable risks of physical harm... including threatening the (employees) with future serious health problems because of an allergic and/or sensitization response."

Workers who conducted their own tests say mercury and unsafe levels of other chemicals like formaldehyde, chromium, antimony, fluorine, and bromine were found.

Delta employees have been wearing the uniforms since spring of 2018.
Delta (DAL) previously released a statement earlier this month saying that it believes the uniforms are safe.

"Our top priority continues to be the safety of our employees, which is why we invested in a rigorous toxicology study to determine if there was a universal scientific issue with the uniform," said the statement. "The results of the study confirm our uniforms meet the highest textile standards ... with the exception of the optional flight attendant apron, which we removed from the collection."

Delta plans to launch the new uniforms in late 2021.