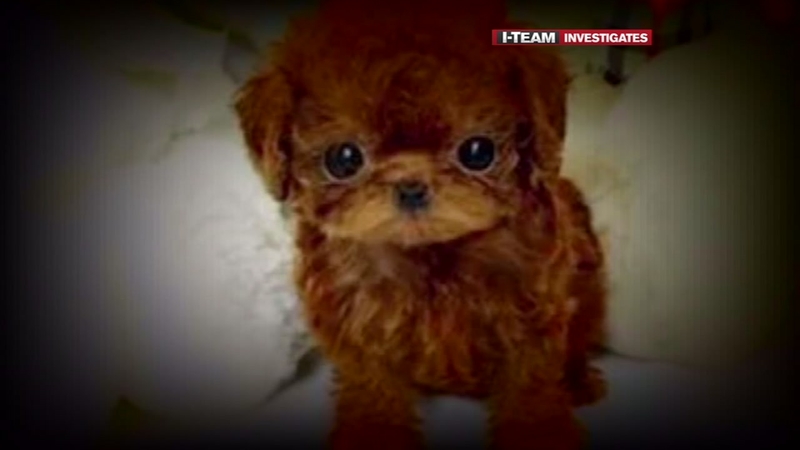 FUQUAY-VARINA, N.C. (WTVD) -- The Better Business Bureau is warning against fake online advertisements that are claiming to sell puppies but are only out to get people's money.

One victim of the scheme, Daryl Levesque, told ABC11 he hoped to purchase a teacup poodle as a surprise gift for his wife after they moved to the Triangle.

"Part of the new house, part of the new life that we have here in North Carolina," Levesque said. "She's always wanted that little poodle that she can carry around in her pocketbook."

The teacup poodle is a breed rarely found among rescues at humane societies or shelters, so Levesque went searching online, and found a website selling them for $700. His first choice was a dog named Stacy, whom the sellers described as "super affectionate and loves to be held in the arms before she can fall asleep."

Levesque, who said he was aware of puppy scams, explained he felt reassured after messages from the seller asking about Levesque's home and habits. The website also claimed affiliations with the American Kennel Club and the American Society for the Protection of Cruelty to Animals (ASPCA).

"When they asked me those questions, I felt more comfortable about this place really cares about their dog. It sounds like a pretty good deal to me," he said.

After paying two deposits totaling $500, Levesque requested more photos of Stacy, but never heard from them again. After contacting the BBB, Levesque found the same photos of Stacy on other websites using a reverse search on Google.

A spokespeople for the American Kennel Club and ASPCA, moreover, told ABC11 that neither organization registers or ranks breeders, and they have no record of the website Levesque visited.

"I'm angry that they screwed me out of $500 and I'm angry because I can't surprise the wife," he said.

"They always try to get you to act quickly and play into your emotions," Alyssa Gutierrez, with the BBB of Eastern North Carolina, explains to ABC11. "Less time for thinking, less time for rational though and more time for scams."

The BBB has a series of tips about avoiding pet scams:

Don't buy a pet without seeing it in person. Do an internet search of the picture of the pet you are considering. If the same picture appears on multiple websites, you may be dealing with a fraud. You also can search for text from ads or testimonials to see if the seller copied it from another site.

The Humane Society of the United States refers consumers to local shelters. They also have tips for finding a reputable breeder.

Daryl Levesque is applying those rules moving forward, and he and his wife are now parents to two (bigger) poodles they picked up from a North Carolina family.