America has chosen its next President, now what? 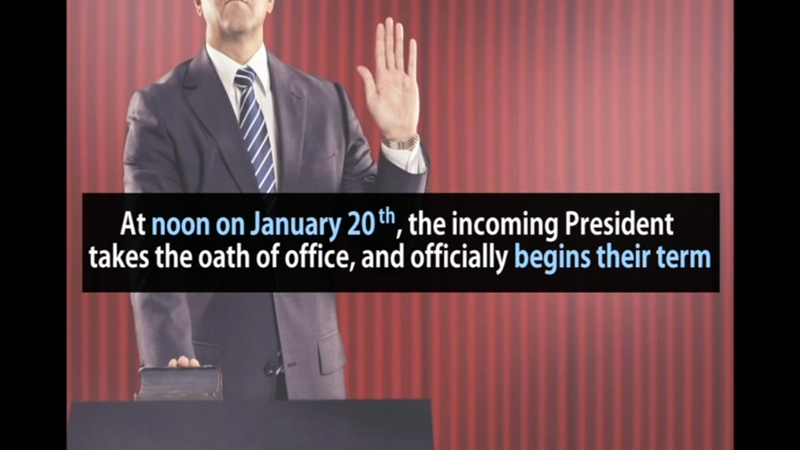 Donald Trump has been chosen as the 45th President of the United States, but last night's decision doesn't automatically put him in charge.

Although he gained the necessary amount of electoral votes to secure his position as our nation's leader, he won't officially hold office until the beginning of 2017.

He currently holds the title of President-Elect, the title given to an incoming president during the transition period after Election Day.

This transition period runs until Inauguration Day on January 20th, meaning the current President continues to hold office on a lame-duck basis.

Lame-duck officials usually tend to have less political power during the transition period.

As part of the transition of power, the President-Elect begins to make important decisions such as the designation of new government personnel.

At noon on Inauguration Day, the President-Elect takes the oath of office and officially begins their new term as President of the United States.