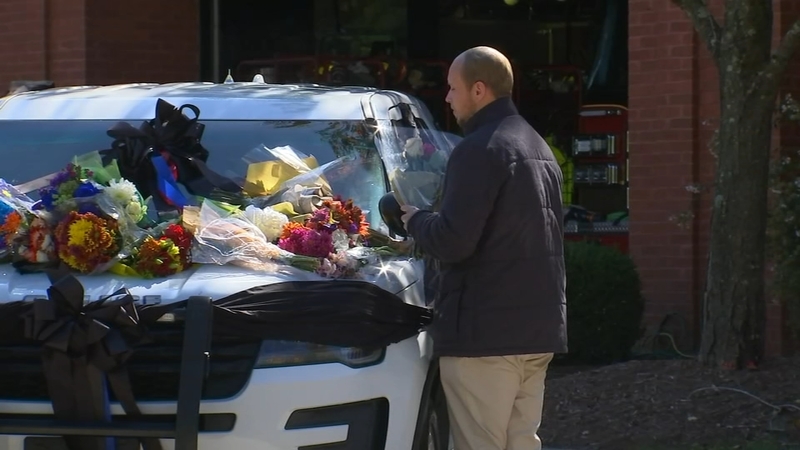 Dedric Romero Privette, 40, is charged with five felonies. Among the charges -- felony death by vehicle and driving while impaired.

On Oct. 17, Hayworth and his training officer Cody Hagler were investigating a crash on I-540 at approximately 2:41 a.m. when a car came slamming into their cruiser.

A 45-year-old Cary man was also injured in the crash and taken to WakeMed.

Hayworth was a US Army veteran who had worked as a police officer in Knightdale for just three months. Hayworth was the son of a former Zebulon police chief.

Hundreds turned out at a candlelight vigil to honor the life of fallen Knightdale police officer Ryan Hayworth.