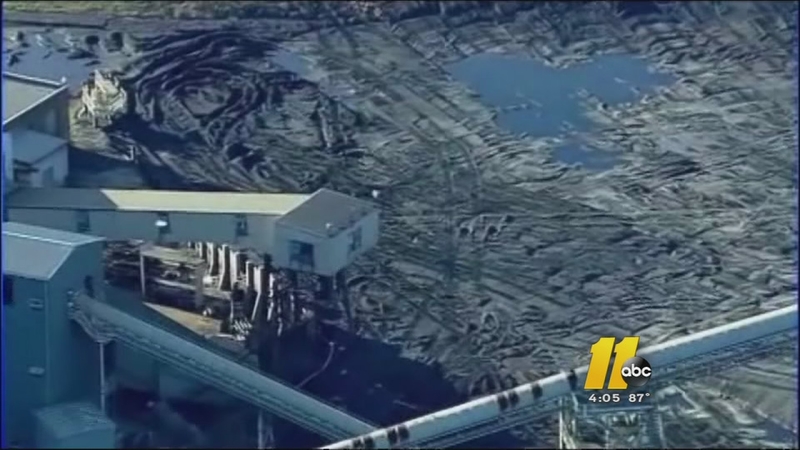 RALEIGH (WTVD) -- Federal charges were filed Friday in a criminal investigation that began after a massive coal ash spill at a Duke Energy electricity plant. In a news release, Duke said it has reached an agreement with prosecutors to settle the cases.

Specifically, federal prosecutors accuse Duke employees of failing "to exercise the degree of care that someone of ordinary prudence would have exercised in the same circumstance with respect to the discharge of coal ash and coal ash wastewater."

The nine misdemeanor charges are related to a massive spill in February 2014 at Duke's Eden plant that coated more than 70 miles of the Dan River in toxic sludge.

"We are accountable for what happened at Dan River and have learned from this event," said Lynn Good, president and CEO in a statement. "We are setting a new standard for coal ash management and implementing smart, sustainable solutions for all of our ash basins. Our highest priorities are safe operations and the well-being of the people and communities we serve."

Duke said the agreement means Duke Energy Carolinas and Duke Energy Progress will pay a total of $68.2 million in fines and restitution and $34 million for community service and mitigation.

The company said the money will come from shareholders, not customers.

The agreement includes a five-year probationary period with a court-appointed monitor to ensure compliance. Duke will also be required to submit environmental compliance plans - including additional training, audits, reporting and other measures related to ash basins.

The deal still has to be approved by the federal courts.

U.S. Attorney Thomas Walker declined to comment Wednesday. But the extent of records sought by subpoenas in the case suggests that prosecutors not only looked at the spills, but also at the relationship between Duke and state regulators going back for many years.

After the Dan River spill, Duke signed agreements with the Environmental Protection Agency and the N.C. Department of Environment and Natural Resources to pay any costs associated with the emergency response and the costs of the agencies overseeing cleanup and environmental monitoring efforts.

In a statement Wednesday, North Carolina's environmental agency said it was not involved in the settlement negotiations between Duke and the U.S. Justice Department. The federal agreement would not resolve the ongoing civil cases between Duke and the state over multiple violations involving both the Dan River spill and the ongoing groundwater contamination from ash dumps at 13 other sites.

In 2013, state regulators had proposed an agreement that would have allowed the Fortune 500 company to pay $99,000 to settle environmental violations for groundwater contamination leeching from unlined coal ash dumps at two power plants. The agreement, which environmentalists had derided as a sweetheart deal, was scuttled after the spill.

A new state law passed in August requires Duke to either clean up or permanently cap all of its coal ash dumps in North Carolina by 2029. The waste from coal burned to generate electricity, the ash, contains toxic arsenic, selenium, chromium and mercury.