WTVD
By Julie Wilson
DURHAM, N.C. (WTVD) -- Some may say Alex Winn had it all. He was a high school athlete and star pupil, but one thing stood in his way to greatness: his drug addiction.

A decade ago, had you looked at Winn, it would have been hard to say his life was less than perfect.

Winn said he was the valedictorian at his high school and captain of the wrestling team, which had a state championship.

"I had a full ride to Duke to wrestle," Winn said.

But then, shortly into his first semester at Duke, things took a turn.

"I had fallen in the wrong crowd," he explained. "I was looking around at people who looked like they had everything I thought I wanted. They had the popularity. I thought if I want what they have, I have to do what they're doing."

Winn said he got addicted to drugs and dropped out of school.

Eventually, he said he moved back to his hometown and became homeless.

For the better part of the next decade, Winn journeyed on his path of addiction.

"There was no discrimination made. It was everything from alcohol, to ecstasy, cocaine, marijuana, mushrooms, bath salts ... You name it."

Winn is now a client of the Durham Rescue Mission. He's just weeks away from graduating from the mission's Victory Program.

"Twenty years ago, we started to see an increase," Mills said of the amount of younger clients the shelter serves. "It certainly seems in the last few years there's been a great divergence in the age range of our population."

According to state data, the unintentional deaths from narcotic poisoning are not only on the rise for ages 15-24 but for adults 25-34 as well. 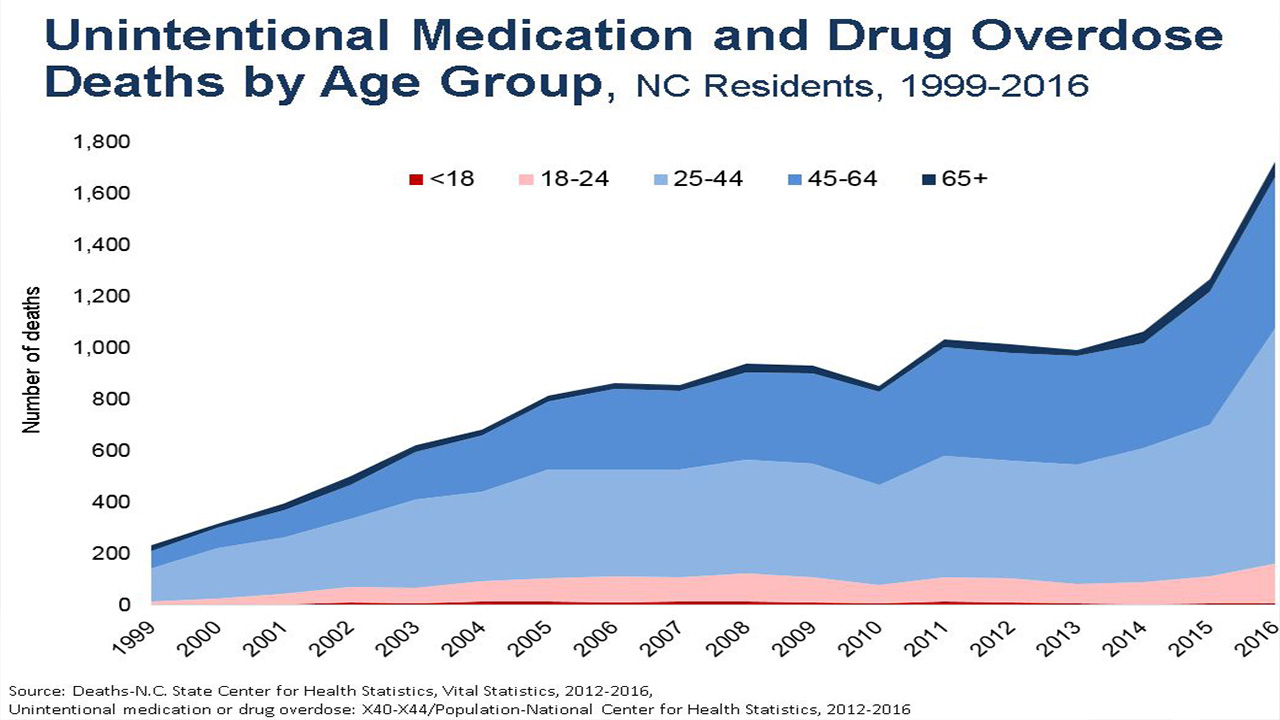 Mills said some of the mission's clients are as young as 16.

"It's heartbreaking to see how quickly addiction has brought people down," Mills said.

Winn, too, said he sees the issue.

"We have all of these young people, and I think the drug epidemic is getting so powerful that people are reaching the point of desperation quicker."

Even though Winn has overcome his addiction, it's a fight he'll battle all of his life.

For now, he is back at Duke where he is working toward a better future with a new focus.