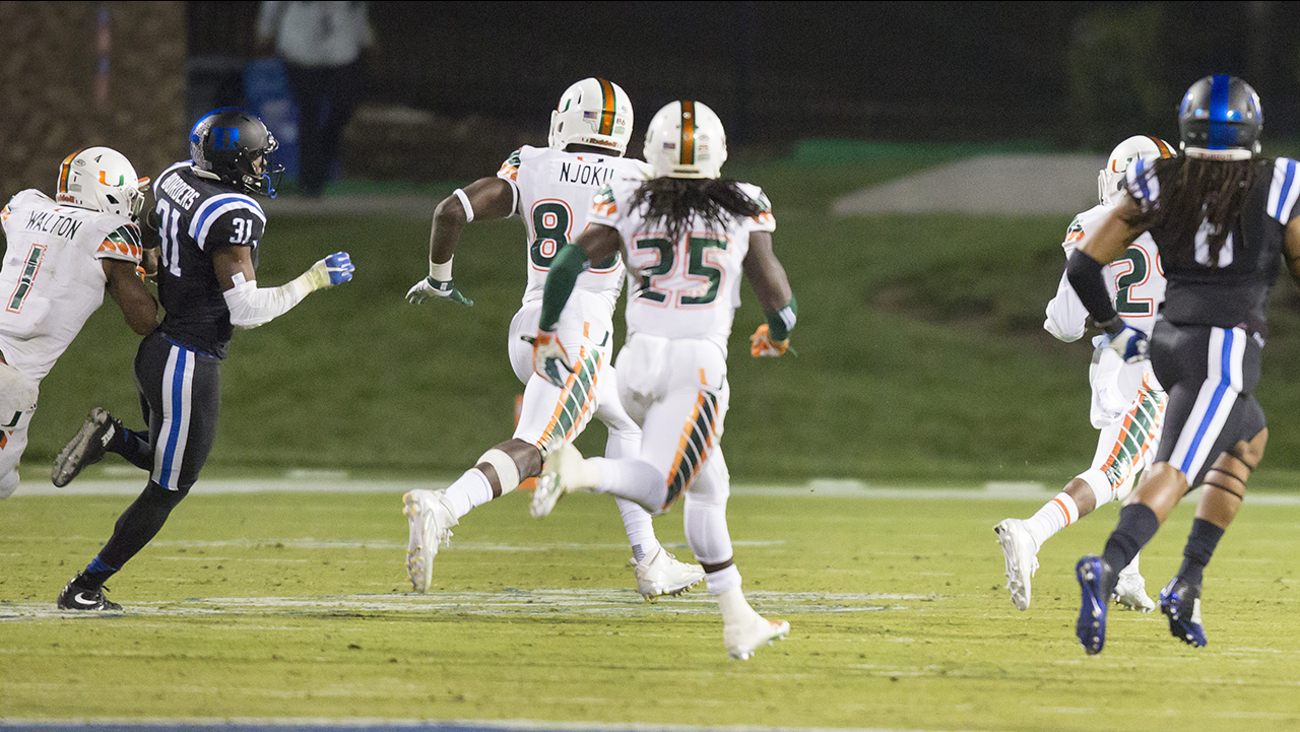 DURHAM N.C. (WTVD) -- Blue Devils fans are upset after the University of Miami's game-winning, eight lateral play still stands, despite ACC suspensions of the replay and officiating crews on the field.

Read more about the suspensions.

According to the ACC, the win for Miami still stands and Hurricane fans are celebrating with a new t-shirt.

Read more about the t-shirt and fans' reactions.

Some Duke fans are heartbroken over the game, even going so far as to call the final play a "disgrace."

"I've tried to get over it," said Qsanet Tekie, a student at Duke. "It did really make me upset when it happened because I was there and I had that emotional roller coaster after scoring a touchdown with six seconds left and then seeing that lateral, all those laterals, happen."

Duke's Assistant Director of Athletics, Art Chase said, "What's done is done," saying the team is focused on preparing for their next game.

The Blue Devils are set to play the Tar Heels in Chapel Hill next Saturday and even Larry Fedora, UNC's head football coach, weighed in.

Others gave credit to the Hurricanes for their performance, but were still upset about the call.

"The last play was just a great play by Miami," Chad Rafetto said, another student at Duke. "I mean you can't really take that from them, but when we saw the replay it was very clear that the guy's knee was down."

Read more about the play and the game.

"The final play was heartbreaking because it was just such pandemonium it was hard to believe that something illegal didn't happen and so it was a heartbreak loss," Phil Sumner, the parent of Duke student said.

"Had it all been fair, we probably would've had the game," student Melissa Letzer said. "But it's a bummer."