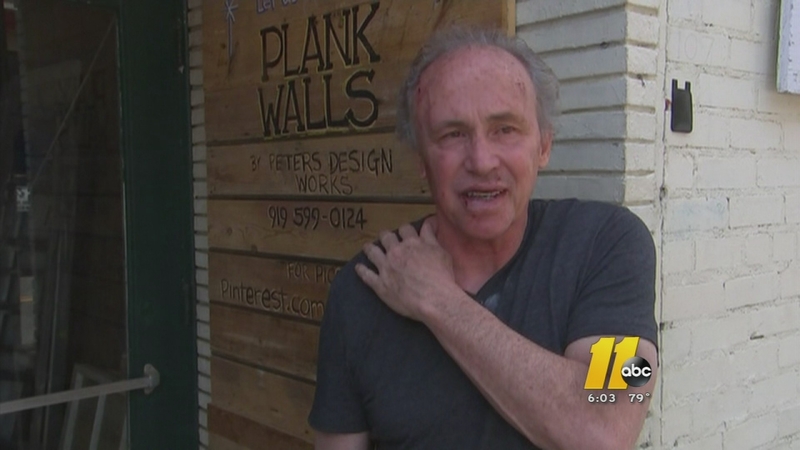 DURHAM (WTVD) -- A Durham businessman says he's happy to be alive after a group of teenagers attacked him.

"I think I took too much of a risk walking in the early morning by myself," said Stephen Peters, owner of Peters Design Works in downtown Durham.

After a late night with friends, Peters found himself casually walking, enjoying a moonlit stroll near Durham Central Park and the popular Farmer's Market on Foster Street.

"Some kids were waiting in the little wooded area across from the farmers market. They came up behind me and I tried to dial 911," he recalled.

That would be Peters' last memory of the incident before the teens hit him until he was unconscious.

Peters says he was out for at least a half hour.

When he woke up, his wallet, cellphone, and keys were gone.

He was treated at a local hospital for minor contusions on his face. He believes he was struck with a bat or heavy object because his attackers broke his collar bone.

Peters says the pain of his injuries is a personal reminder that the Bull City is dealing with a recent increase in violent crime.

Peters says surveillance cameras in other parts of Durham might be a good idea. Durham police say the Central Park area has little to no crime reported in recent months.

While he's committed to making a life and growing his business in Durham, Peters admits the attack is disappointing.

"I'm thinking Durham has become safer and safer. I guess it's not that safe yet," he said.