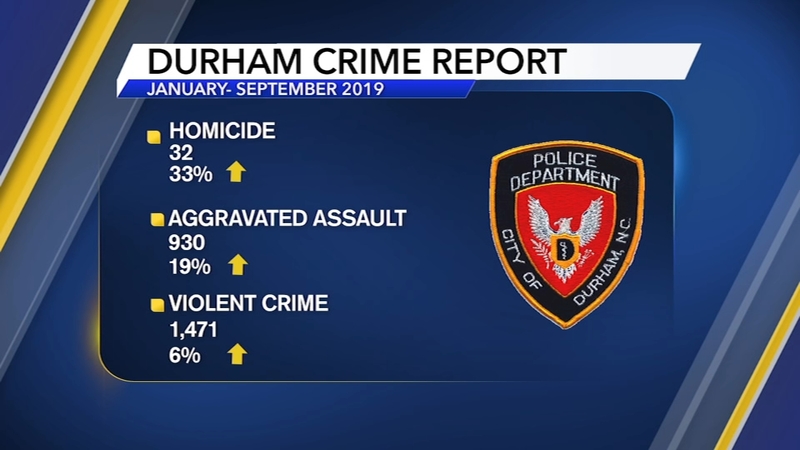 Durham homicides up 33 percent from this time last year

DURHAM, N.C. (WTVD) -- After Durham Police Chief C.J. Davis presented the city's newest crime report to city council, she spoke to ABC11 and laid out what DPD thinks is behind the new uptick in gun violence: More illegal guns on the street and an unrelenting gang problem.