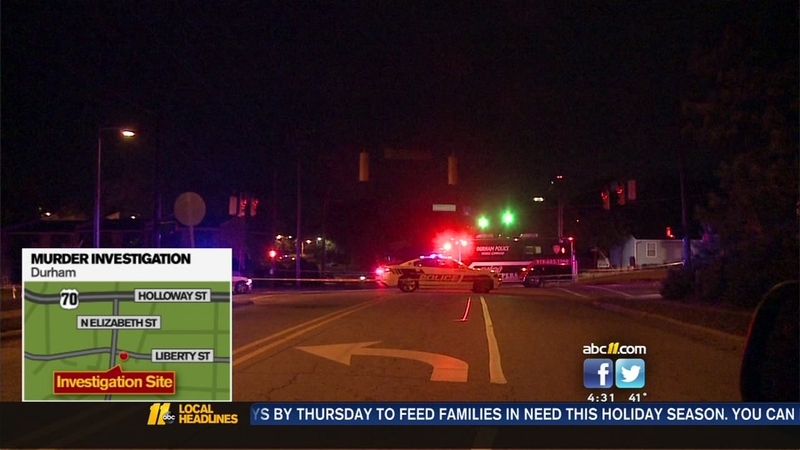 DURHAM, North Carolina (WTVD) -- The Durham Police Department says a 16-year-old is one of the victims in two separate shootings late Wednesday night.

The first shooting happened around 10:30 p.m. near the intersection of Liberty Street and Elizabeth Street.

Torry Trueluck was rushed to the hospital in a private vehicle, where he later died.

Details surrounding the incident have not been released at this time.

Durham police are also investigating another shooting at an apartment complex in the 5000 block of Old Chapel Hill Road.

Around midnight, a man was shot in the stomach while in the parking lot. His condition is unknown at this time.

Eyewitnesses told ABC11 that it appeared to have been a robbery.

Both incidents are under investigation. Police have not said if they are related.

ABC11 has decided to slowly reduce the number of stories on the website that have a comments section. We believe very strongly that our audience should have an opportunity to discuss and debate events in our world, however, we have not been able to moderate the comments as well as we would like. Instead of hosting a platform that could allow a few loud and ugly voices to dominate a conversation, we want to encourage everyone to join us on our social media platforms and speak out there. Facebook: facebook.com/ABC11 Twitter: twitter.com/ABC11_WTVD
Report a correction or typo
Related topics:
durhammurdershooting
Copyright © 2022 WTVD-TV. All Rights Reserved.
TOP STORIES
Snow possible this weekend but major impacts not expected
2 children hospitalized after car crashes into Chapel Hill playground
Fayetteville mother, daughter missing since 2016 found safe
LATEST: Wake County reduces COVID-19 testing hours
It's official: Supersonic jet startup Boom to land in North Carolina
1 dead, 38 missing after boat capsizes near Florida; 1 survivor found
Biden administration officially withdraws vaccine rule
Show More
Fed expected to hike interest rates in effort to tame inflation
North Carolina Zoo closes aviary after report of bird flu
RDU scrambles to resupply deicer after runway mishap during snow storm
Man denied heart transplant because he has not received COVID vaccine
San Jose becomes 1st in US to require gun liability insurance
More TOP STORIES News