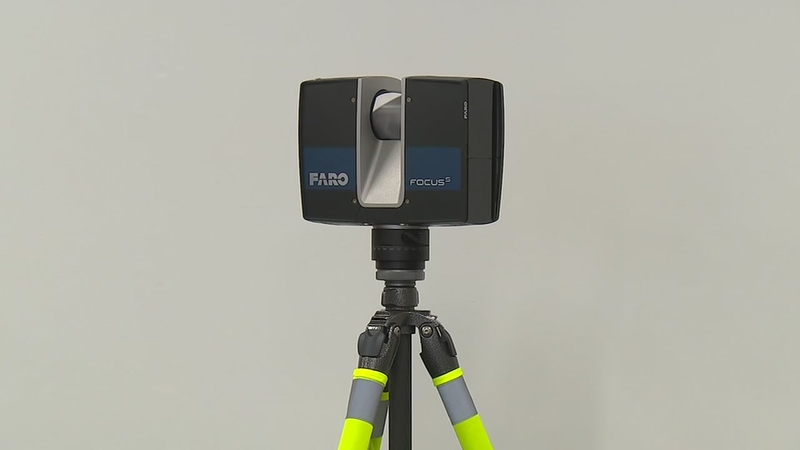 DURHAM, N.C. (WTVD) -- The Durham Police Department unveiled a new device it says is a game changer for the department.

The equipment is already being used at serious traffic crashes.

This new device is a game changer for @DurhamPoliceNC. This 3D scanner is being used on scene at traffic fatalities. It captures evidence, precise measurements, and other items in rapidly. Crash scenes will be reconstructed quicker and more efficiently with fewer delays #ABC11 pic.twitter.com/i3WSSNT0sj

In less than two minutes, it scans the entire scene, creating a computer-generated image.

"People don't like to be stopped in traffic. We block the street for hours sometimes because we need that evidence, because if we don't have it right then, we're not going to get it," said Sgt. Massengill with the DPD Traffic and Crash team. "When we get to court, we're able to give the jury something that they can sit down and see. Almost puts them right there at our crash scene."

The scanner cost the department $67,000. ABC 11 asked Massengill who's paying for the new device.

"We were able to pay for this through asset forfeiture. A fund for drug seizures," said Massengill, who also said DPD plans to purchase another device specifically to scan shooting scenes and homicides. "The second one they are hoping to get will be paid for by taxpayer money."