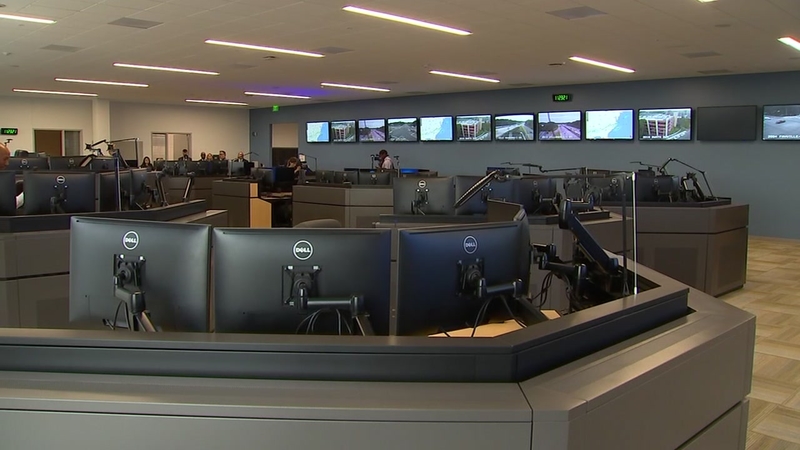 However, by Christmas, all DPD staffers will move east to their new four-level, 125,000 square foot headquarters on East Main Street.

The old headquarters among city employees is affectionately called the dungeon.

"It was dark. Lighting was an issue for me. Even offices were relatively dark. It was an older building," Davis said. "This building is bright. It's light. It gives employees a good feeling about coming to work every day and not being shut off from the general public. You see outside. You can see what's going on. We really feel like we're a part of the community in this space."

The building's price tag, which is approximately $71 million, received sharp criticism from some neighbors who wanted to see that money spent on other community needs.

But the city said staying at the old DPD headquarters is costing too much to operate and maintain.

This new energy-efficient building is LEED certified and equipped with a fully digital 911 Call Center -- the first of its kind in the state.

Majority of the people who worked on the construction 🚧 of the new @DurhamPoliceNC headquarters live in #Durham. Nearly 20% and 28% of the firms who participated were minority and women-owned. #ABC11 #DiversityMatters pic.twitter.com/mx5tYMA11q

As for the future of the old headquarters. It will become a mix of commercial, residential and affordable housing space.

That's Durham City Council's goal. It wants developers to bring those kinds of ideas to the table. The city is expected to begin advertising for that process soon.

I am inside the NEW @DurhamPoliceNC headquarters on East Main Street. I’m learning the ins and outs of the 125,000 square foot facility. There will be a community celebration this Saturday. #ABC11 pic.twitter.com/5DOcgjpdCw

By the end of the year, nearly 400 people will work in the new building with plans to hire more during the next five years.

There will be a grand opening celebration all day Saturday between 10 a.m. and 3 p.m. for the community to come and tour the building. There will be free parking in the Human Services Building parking lot.