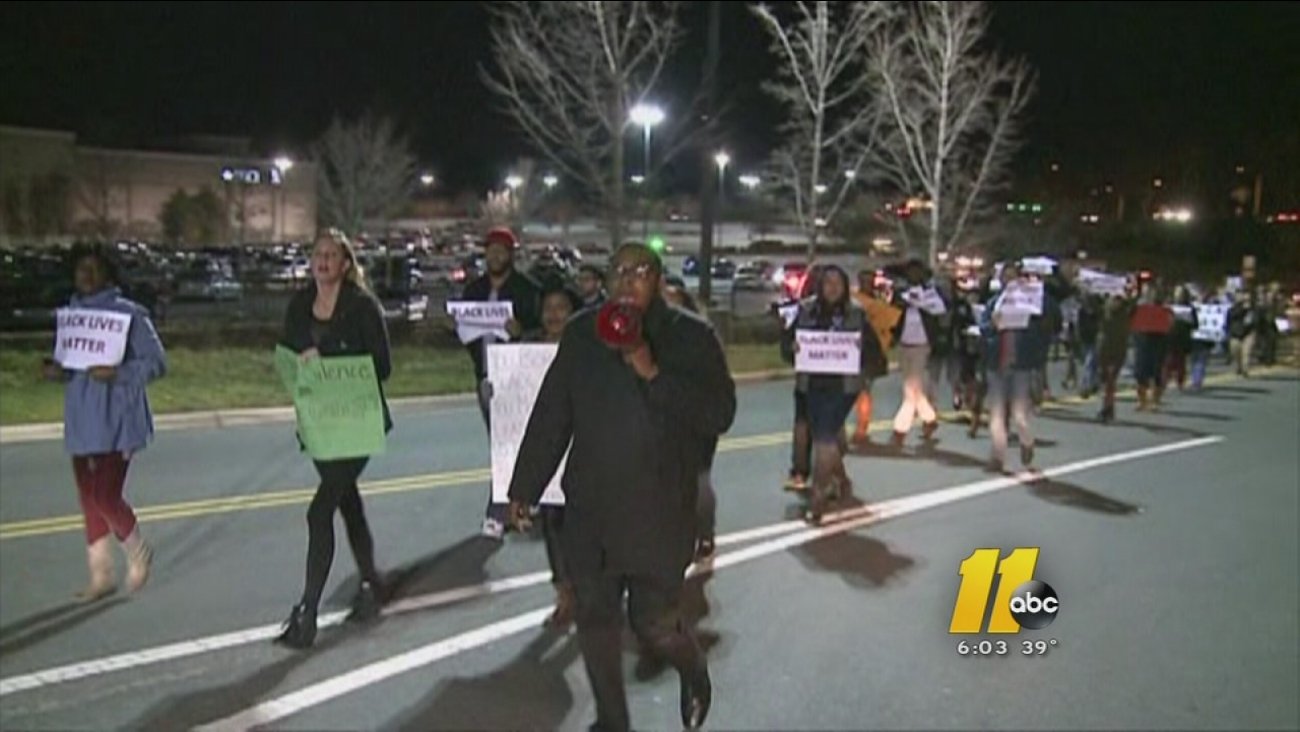 DURHAM (WTVD) -- Nearly a dozen people arrested during a recent protest at the Streets at Southpoint Mall in Durham will make their first court appearance Tuesday afternoon.

An attorney representing activist Robert Stephens, the organizer of the Dec. 10 protest, says his client was overcharged.

Doucette says he's still learning more about what led to his client's arrest. He's one of a handful of attorneys representing the charged demonstrators.

The criminal charges vary for some of them, but all are facing impeding traffic charges.

Stephens is accused of failing to disperse and inciting a riot, according to his attorney.

Following a national movement, the demonstrations were fueled by the grand jury decisions handed down in the Eric Garner and Michael Brown cases.

Durham police and the Durham County Sheriff's Office are preparing for another possible protest on New Year's Eve.

A Chapel Hill-based group called the Prison Books Collection says it's planning a demonstration Wednesday evening at the CCB Plaza and the Durham County Jail.