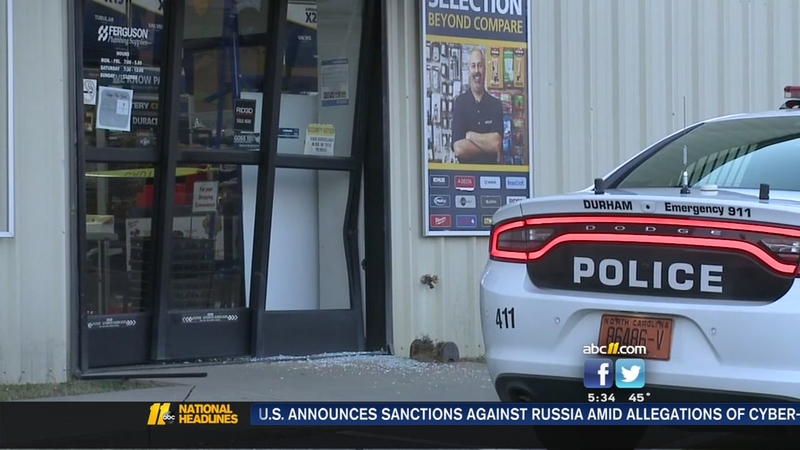 DURHAM, North Carolina (WTVD) -- Durham police are searching for those behind three brazen early-morning robberies at businesses across the city.

Police said that about 3:30 a.m. Friday, someone drove a vehicle into the brick building of Sharky's Eat and 8 on Hillsborough Road. The glass front door was boarded back up and broken pieces of brick could be seen scattered on the sidewalk.

Police told ABC11 that a cash register was stolen, but it's unclear how much money was inside.

Then, about 5:55 a.m., officers were called to Ferguson Plumbing on East Lawson Street. Police said someone drove a car through the glass sliding front door, went inside, smashed the front counter, and pried open the cash drawers. Officers said very little money was taken.

Another smash and grab at Papa John's on New Hope Commons early Friday had Durham police investigating. ABC11's crew on the scene said a vehicle drove into the glass door there.

It's unclear whether any money was stolen.

Police are still investigating to see whether the cases are connected.