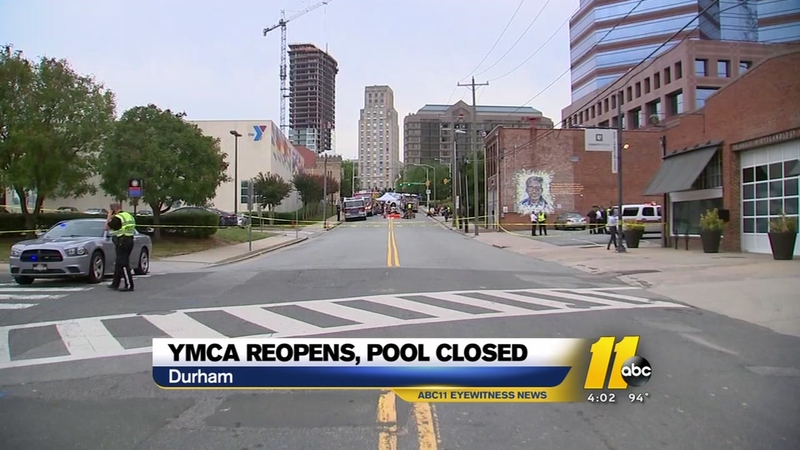 DURHAM, North Carolina (WTVD) -- A total of 42 people were hospitalized, including 40 children after a chemical leak in a pool at the Durham Downtown YMCA on Wednesday afternoon. Six of the children were in serious condition at the scene, but improved after receiving treatment, officials said.