Concerned dad sued: What's the risk for the rest of us in voicing opinions? 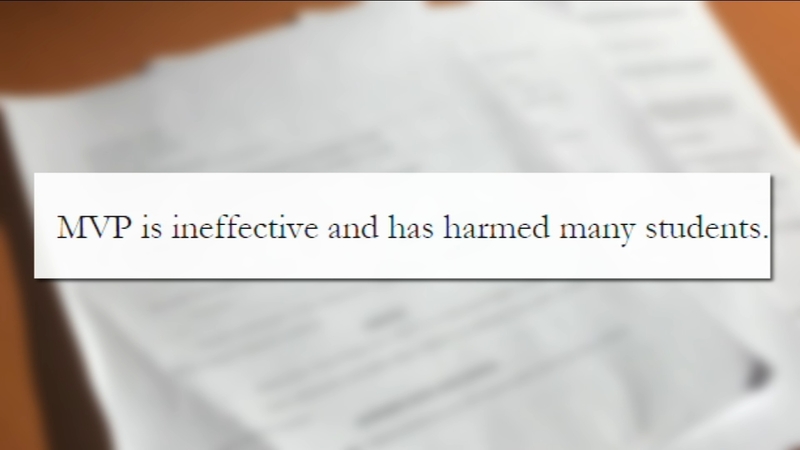 We ask a lawyer about the boundaries of free speech

RALEIGH, N.C. (WTVD) -- A Wake County dad is facing a lawsuit after speaking out against a controversial math curriculum.

The lawsuit prompted ABC11 to ask whether there is a risk for the rest of us in speaking out at a public meeting or in an online review.

We wondered whether those comments are protected by the First Amendment.

Utah-based "Mathematics Vision Project" or "MVP," filed a lawsuit against Dillard alleging that some of his statements were false and defamatory and harmed the company financially.

Dillard has been vocal about his opposition to the MVP curriculum, which is student-driven and focuses on group work. He posted on his website, blog and social media.

The lawsuit obtained by ABC11 said, "In or around March 2019, Dillard commenced a crusade against MVP, claiming that MVP is ineffective and has harmed many students."

A lawyer who teaches the First Amendment at Duke Law School gave us some perspective.

"When it comes to speaking up at a board meeting, these are public meetings, there's a reason we have them so the public is able to voice their opinions and voice their thoughts about what's happening in their school system," said Nicole Ligon, a professor at Duke Law School.

"What you're not entitled to do in a Yelp review or public meeting is makeup facts. You can't make up things to support your claim because you have a vendetta against the company or against a person," Ligon cautioned.

Ligon said our society is based on the understanding that robust debate is important.

She said she believes people should not feel squelched by the lawsuit.

"Here we have a case of a parent who is trying to advocate on behalf of his kids and other kids in the community, so that speech is really important and a matter of public concern and public interest," said Ligon. "There is a right to speak out about those kinds of things. This type of speech is really important and something the First Amendment seeks to protect."
Report a correction or typo
Related topics:
educationraleighcarydurhameducationfreedom of speechlawsuitwake county schools
Copyright © 2021 WTVD-TV. All Rights Reserved.
TOP STORIES
3 dead, 2 missing after group of tubers go over dam near NC-VA border
2 dead, 2 injured in Durham shooting, police say
Raleigh names Patterson as new police chief
Black real estate developer breaks ground on SE Raleigh business hub
NCBOE approves documents for controversial social studies standards
Restaurants begin dishing out 20 percent Living Wage Fee to customers
DOD issues rule on Stayskal Act, will pay claims of medical malpractice
Show More
Fort Bragg soldier killed, 2 others injured in traffic accident
Man duped into buying Jeep that had 100k more miles than advertised
Unruly passenger escorted off NC plane for refusing to wear mask
Biden signs bill to make Juneteenth a federal holiday
'Armed and dangerous' carjacking suspect on the loose
More TOP STORIES News