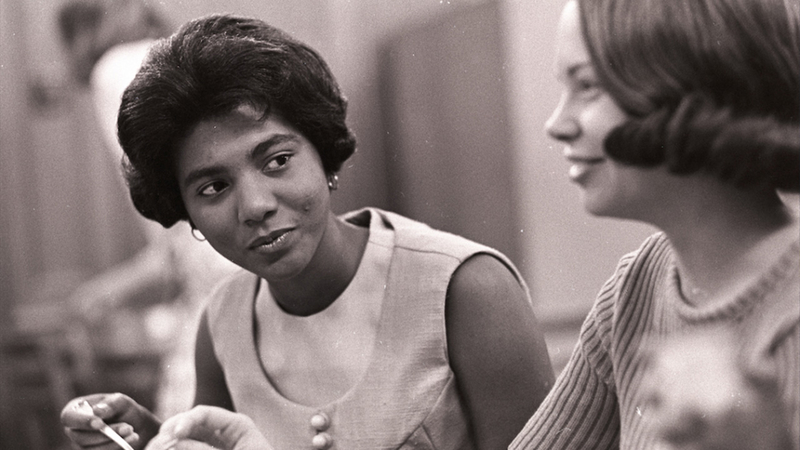 DURHAM, N.C. (WTVD) -- Duke University announced that it would be renaming its iconic west campus building in honor of one of the university's first Black undergraduates.

The Sociology-Psychology Building on West Campus will now be known as the Reuben-Cooke building after Wilhelmina Reuben-Cooke.

The Board of Trustees voted unanimously Saturday to proceed with the new name.

Reuben-Cooke came to Duke in 1963 as one of the "First Five" Black undergraduates, entering classrooms that previously had been closed to Black students.

GREAT story from @DukeU. The old Sociology-Psych Building will be named for Wilhelmina Reuben-Cooke.
She came to Duke in 1963 as one of the “First Five” Black undergrads, breaking barriers and entering classroom buildings that had previously been closed to Black students #abc11 pic.twitter.com/d7h0GJCXQt

President Vincent Price announced the naming of the Wilhelmina Reuben-Cooke Building in a statement sent to the university community.

"From this day forward, anyone who passes through its doors will carry on her legacy of accomplishment, engagement and lasting impact," President Price wrote.

Reuben-Cooke -- who died in 2019 -- is the first Black woman to have a campus building named for her.

The John Hope Franklin Center, which is home to a variety of international and interdisciplinary academic programs, was previously named after the Duke historian.

Abele Quad, which was dedicated in 2016, was named for Julian Abele, the African-American architect who designed West Campus.

After graduating in 1967, Reuben-Cooke was named a Woodrow Wilson Scholar. During her time at Duke, she was active in the civil rights movement, including protesting in Durham and Chapel Hill and signing an open letter against the membership of key Duke administrators and faculty members at the then all-white Hope Valley Country Club.