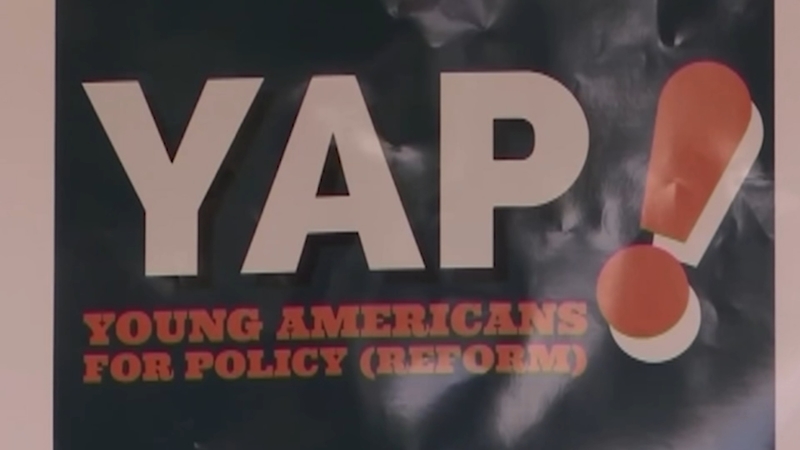 Local advocates and others are still trying to process what happened during the weekend in El Paso, Texas, and Dayton, Ohio.

One of those is Drew Pescaro, who is soon headed back to class at UNC Charlotte.

He was shot on campus on the last day of classes back in April -- two people died and three others were injured in that mass shooting.

On Monday he tweeted directly at U.S. Sen. Thom Tillis:

"I was a victim of a mass shooting in April in your state and two have happened in the past day in other places in the country. Why wait any longer and let other communities and people get hurt?"

READ MORE: ABC11 360: Gun laws in the United States and in North Carolina

Greear Webb, a recent graduate of Sanderson High School who convened a town hall on gun violence after the school shootings in Parkland, Florida, also tweeted this week in light of the most recent shootings.

He found himself in a Wal-Mart in Gastonia doing back-to-school shopping.

"I was there with my mom and we made sure we knew our possible exit routes and I think it was that name recognition of knowing a tragic event had happened in an El Paso Wal Mart in the same type of store," Webb said. "It's sad and it's scary and it's frustrating but we've got to continue acting -- we have to try and continue to hold our leaders accountable."

Webb is going to UNC-Chapel Hill in the fall but said he plans to continue advocating for change.

"It's so difficult when these things continue to happen and there's little to no action that takes place afterwards -- who knows where the next shooting might occur, who knows where the next tragedy might take place, nobody knows," Webb said. "I'm upset to see more action hasn't been taken at a policy level here in North Carolina after the town hall."

He also tweeted, "Well looks like we made it through the night without another mass shooting. Is everyone gonna move on today and prepare their thoughts and prayers for the next one or are we actually going to take care of this problem with action once and for all?"
Report a correction or typo
Related topics:
ncraleighuncc shootingel paso shootingmass shooting
Copyright © 2022 WTVD-TV. All Rights Reserved.
TOP STORIES
Death toll rises to 20, mostly children, in TX school shooting
Uvalde school shooting: What we know about 18 kids, teacher killed
A look at some of the deadliest US school shootings
Canes fall 4-1 in New York; series tied at 2
Johnston Co. dad starts Facebook group to help families find formula
Biden says 'we have to act' after Texas school shooting
How to talk to kids about Texas school shooting
Show More
Fort Liberty proposed as new name for Fort Bragg
Ukrainian refugee to receive new prosthetic after escaping to NC
NC Attorney General Stein recovering from 'minor' stroke
1 dead, brother still missing in Cape Fear River
Smithfield police officer injured by knife during arrest
More TOP STORIES News