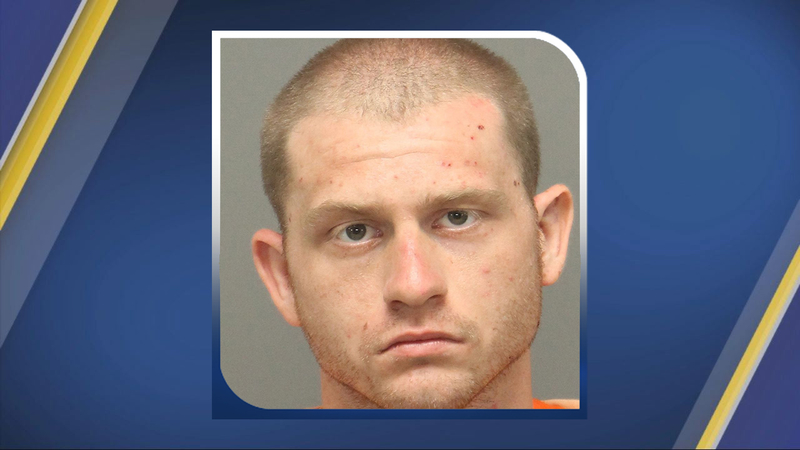 RALEIGH (WTVD) -- The suspect connected to three deaths that spanned multiple Wake County locations has been arrested and charged.

Evan Hunter Small is charged with three counts of murder.

He is currently at the Wake County Detention Center.

The bodies of the victims were found at three separate locations: Alta Vista Court, Bentley Meadow Lane and Fairview Road.

Deputies were called to complete a welfare check at the home on Alta Vista Court around 11:30 p.m. Monday because of a separate investigation being done by Raleigh Police Department. When deputies arrived, they looked through a window and saw a body.

Deputies said the victim -- who was later identified as 58-year-old Jimmy Wayne Small Jr. -- may have been dead in the house for a couple days before being found.

"So my friend has been laying (sic) in there all these days. That's why I really started crying, because how horrible to think," a friend of the victim said. ABC11 is not identifying the Alta Vista Court victim until investigators confirm that family has been notified.

Raleigh police confirmed that, on Monday, officers were dispatched to welfare check in the 3900 block of Bentley Meadow Lane. A 79-year-old woman -- later identified as Patricia Brewton Small -- was found dead inside that home.

A follow-up investigation then led officers to the 1300 block of Fairview Road where an 80-year-old man -- identified as Jimmy Wayne Small Sr. -- was found dead.