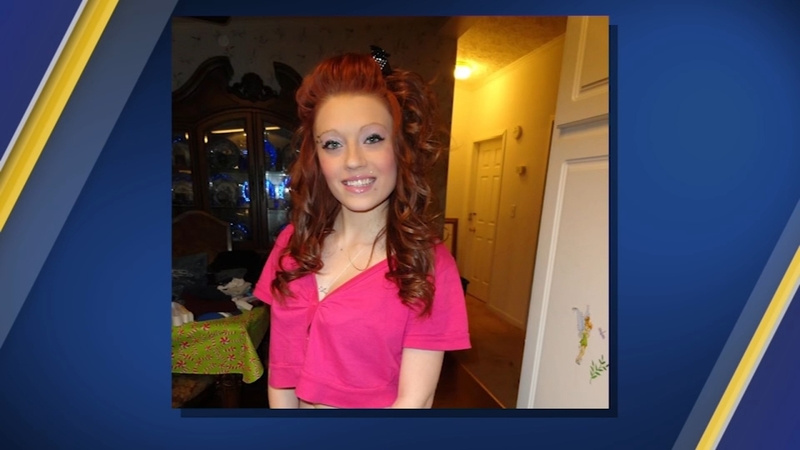 It was dark, windy, and rain was still coming down with the strong line of storms that pushed through earlier that afternoon.

Police said that shortly before 7 p.m., the woman got to the edge of NC 210 near Fish Drive, paused for a moment and then walked out at an angle heading south across the highway when an SUV traveling south hit her from behind. Detectives said the driver slowed down and then took off heading south as other cars started to stop in both directions; one of those drivers that saw the collision called 911.

Mother of 25-yr-old woman killed in hit-and-run Thursday night in Angier is seeking answers. Police tell @ABC11_WTVD they have surveillance video showing the SUV that struck Katie Lothrop as she crossed NC 210 in the rain, but no suspects at this time. #ABC11 pic.twitter.com/i6iJbgqXJd

"There's so many questions and so many things that are unanswered," said Leona Rorick, Lothrop's mother who talked with ABC11 by phone from her home in Boydton, Virginia.

Rorick said she didn't find out about her daughter's death until the next morning when police called.

"I was hysterical. It's like -- you know you start thinking of all the things you should've done or you should've said or -- and you can't," she said. "You can't do it anymore."

Rorick said the last time she'd talked to her daughter, who has a twin sister was around Christmas.

The twins were inseparable, Rorick said, but on that particular night, Katie was alone. Rorick doesn't know why her daughter would have been out walking in the rain at night, where she was going or coming from; she just wants to know who is responsible for running over her daughter and leaving the scene.

"If anybody knows anything to help find the person that killed my daughter, I would just be so grateful to know -- to know what happened," she said.

Angier Police are asking anyone with information to give them a call or report anonymously through their tip line.