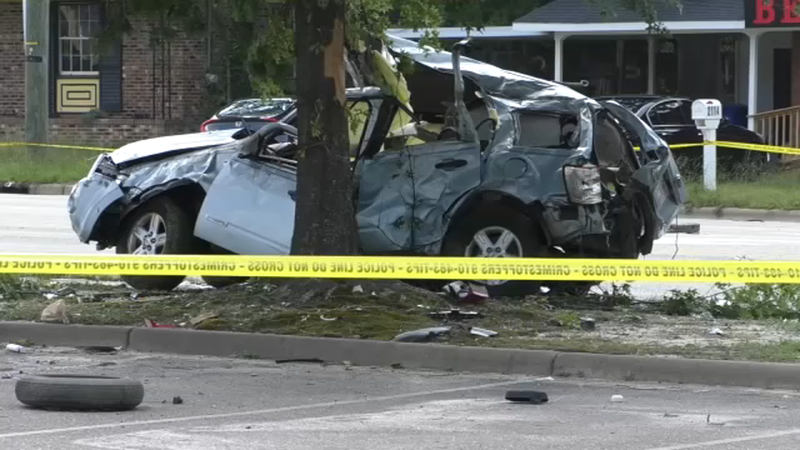 A biker was killed and three others were injured in a Saturday afternoon crash in Fayetteville, authorities said.

Just before 2 p.m., Fayetteville officers were called to a crash on Hope Mills Road near Poplar Drive. On arrival, officers found four vehicles involved in the crash -- including a motorcycle.

Investigators said a Ford Escape rolled over, collided with a Hyundai Accent and then collided with a tree. Two other vehicles, a Chevrolet Tahoe and a Suzuki motorcycle, were involved in the crash, however, Fayetteville police did not specify.

In total, three people were sent to the hospital, one of whom, a 14-year-old, was airlifted with life-threatening injuries. The status of the other two victims were not released.

The driver of the motorcycle was ejected from his vehicle and was pronounced dead at the scene. Fayetteville police identified the man as Monterio Thomas Rosando, 30.

The crash remains under investigation by the Fayetteville Police Department's Traffic Unit.