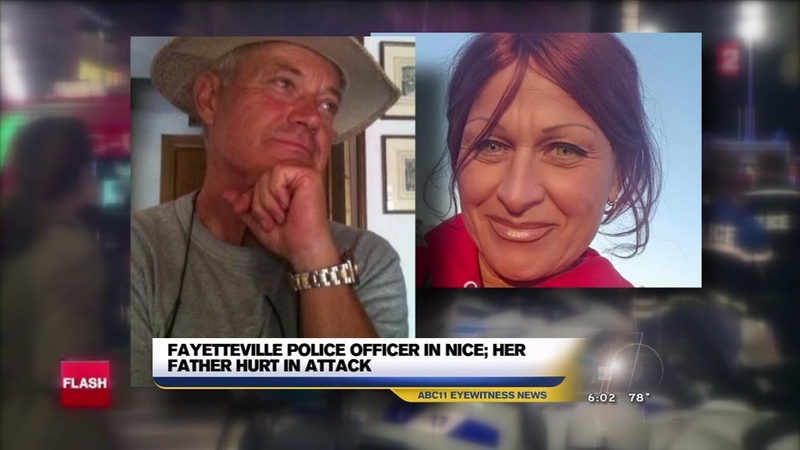 FPD officer in Nice during attack

NICE, France (WTVD) -- A Fayetteville police officer narrowly avoided injury in Nice during the truck attack that killed 84 people and injured hundreds more. Her father was seriously wounded, though, when the man plowed through the crowd.

Detective Silvia Jordan was in Nice on a family vacation along the French Riviera. The Fayetteville Police Department was able to get in contact with Jordan after the attack.

Jordan said she was able to jump out of the way of the truck, but her father was hit. She utilized her medical training to help her father, 71-year-old Gaetano Moscato, but he ended up losing one of his legs.

Moscato is in serious but stable condition, FPD said. Authorities said he will need more surgery.

Jordan is a 14-year veteran of the Fayetteville Police Department and in 2015, she was one of the department's Officers of the Year. She will remain in France with her dad while he recovers.