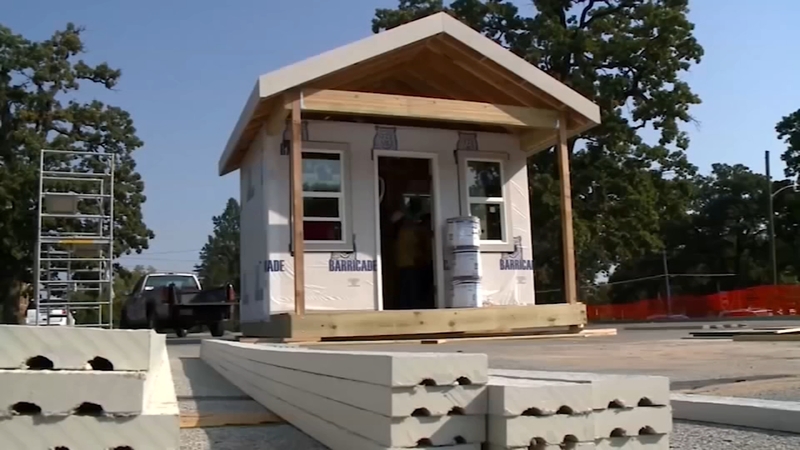 FAYETTEVILLE, N.C. (WTVD) -- The city of Fayetteville continues to search for solutions for the homeless and housing crisis, spending the evening looking at two potential projects to tackle those dilemmas.

Council members held a special meeting on Tuesday evening where experts from Raleigh and Greensboro were in attendance.

Members of the Raleigh nonprofit, Oak City Cares, shared their game plan on how they built and sustain their multi-resource center.

Since the facility's opening in April 2019, Oak City Cares has provided a plethora of resources to break people out of chronic homelessness.

During the weekdays, staff members provide medical, financial, and educational services; while on the weekend, people who are at risk or currently experiences homelessness can grab a meal.

Mayor Mitch Colvin said it would operate as a hurricane disaster recovery shelter and be a resource center for the homeless.

"In North Carolina, the only example we were able to use or to find was the Raleigh Day Center. So, we'll see if that fits the bill for what we need here in Fayetteville," Colvin said.

Representatives with the nonprofit described the tedious three-year process as a necessity to ensure the center fit perfectly with their needs.

Sharman Tober and her son have been living out of their vehicle for nearly five years.

The Fayetteville locals said building this center would be a step in the right direction.

"For people to go in and find jobs and everybody come together, all the resources available," Tober said.

Mayor Mitch Colvin believes both the center and the tiny home communities would compliment each other nicely, allowing people the chance to turn into permanent homeowners.

"Then if they can afford them and then, you know, pay the rent on them so much a month or own them sort of speak," Tober said.

A representative with Tiny Houses Community Development Inc., in Greensboro, told council members their communities are built up of two to ten tiny homes.

Each home costing up to $76,000 to build. The nonprofit said, for the most part, they rely on donated land to create the communities, enlisting the help of volunteers to put them together.

"It's a real innovative model that they've used in Seattle, Atlanta, and some other places who are some growing communities who have a population and a need for affordable housing," Colvin said.

Officials with THCD said the tenants would pay based on their income or supportive housing vouchers, and it would include all utilities.

In addition, they would need to sign a lease that entails being a part of a homeowners association where they're required to attend monthly community meetings.

They said this is a way to keep homeowners accountable and teach them to become responsible.

At this point, neither the tiny house project nor the community center have been green-lit.