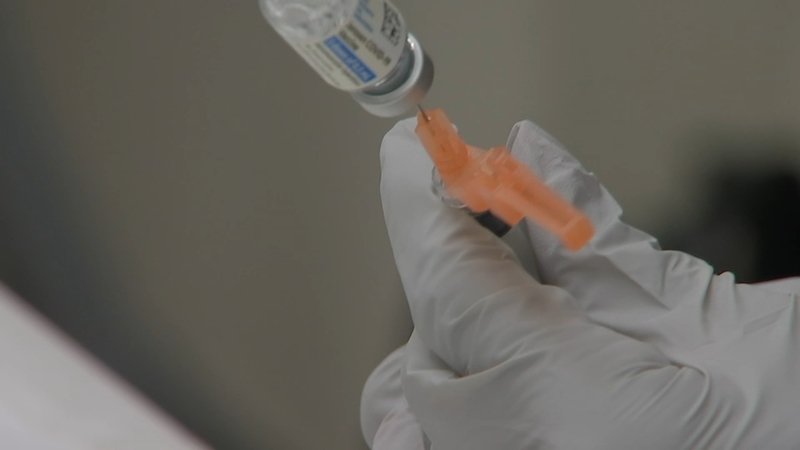 Vaccine hesitancy among adults persist as eligibility soon to open up

RALEIGH, N.C. (WTVD) -- Despite North Carolinians of all ages soon being able to receive the COVID-19 vaccine in April, some adults are still on the fence about receiving their shot.

"I believe in science but where are we going to be in the next couple of months?" said Raleigh resident Michelle King. "I don't feel comfortable with just getting a shot."


King lives with her aunt and uncle -- both of whom received their immunizations.

Her uncle, along with her godmother though experienced considerable side effects from their second doses which has made her more hesitant.

Not only is there hesitancy due to what King has seen, she's also afraid of the long-term repercussions because she feels as though the vaccine was rushed out.

"I'm also afraid of shots and needles," she said. "I'm not trying to get stuck multiple times to cover for other variants of the virus."

On Thursday, Governor Roy Cooper urged people to talk to others who are uncertain about getting a shot when there is greater supply in the coming weeks.

Experts at Duke and UNC say the concept of hesitancy is hard to drill down, but it is an important conversation to have.


It's a small minority, but there are some people who strongly disagree with the concept of a vaccine, according to Dr. Cameron Wolfe, the infectious diseases specialist at Duke University's School of Medicine. There are also folks who can't take vaccines but that's an equally small number.

Dr. Wohl, an infectious disease specialist at UNC Health said the more likely reason is due to the very real historical prejudices faced by minority communities as well as the ongoing politicization of the issue.

“I understand people have fears but fir the most part I would say if everybody does it, we’d get done with this so much faster.”
We’re talking tonight with Lisa Perry who works at Apex Friendship HS in the media center about why she got her 💉 #abc11 #COVID19 pic.twitter.com/vwQLMMQ4TY

Dr. Wolfe said there are folks who won't take the vaccine because they "don't perceive it to be worth it." And others who see the effects of the virus and have the confidence to face COVID-19 themselves. Dr. Wolfe also mentioned hesitancy coming from people being worried that the vaccine was rushed, he attributes some of this to a loss of faith in the world of science.

Dr. Wohl said data from around the world shows the vaccine is safe and there have been so few people with real side effects.