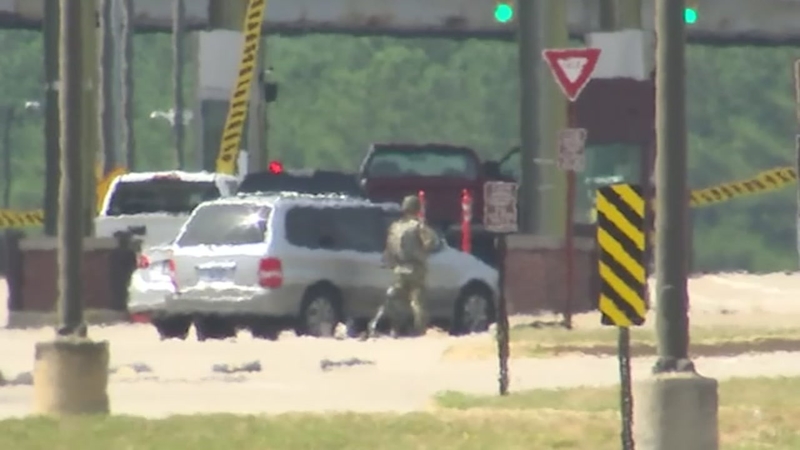 FORT BRAGG, N.C. (WTVD) -- Authorities investigated after a suspicious container was detected in a vehicle at the entrance of Fort Bragg on Monday afternoon.

All American Access Control Point was closed for several hours and reopened shortly after 5:30 p.m. when authorities gave the all-clear.

Larry Dewey, a Fort Bragg spokesperson, told ABC11 that a white man who appeared to be in his early 20s approached the gate in a pickup and did not have proper identification. The man also gave multiple names to Bragg personnel, raising the suspicious level.

The man has been detained and turned over to U.S. Marshals on Tuesday morning, Fort Bragg officials told ABC11. The U.S. Attorney's Office will determine whether the man will face any charges.

"We found a suspicious package in the truck," Dewey said.

As of 5 p m., a military bomb squad was inspecting the truck. The squad found nothing suspicious inside the container, but they continued to inspect the entire truck. About 5:30 p.m., they determined there was no threat.

Dewey said he didn't know why the man approached the gate. He said the man was not a soldier and not related to any soldier at the base.

Officials used an electronic device to positively confirm the container as suspicious.

"We're not sure what's in that container," Dewey said earlier, and he added that the man is believed to be a U.S. citizen, but officials are still investigating.