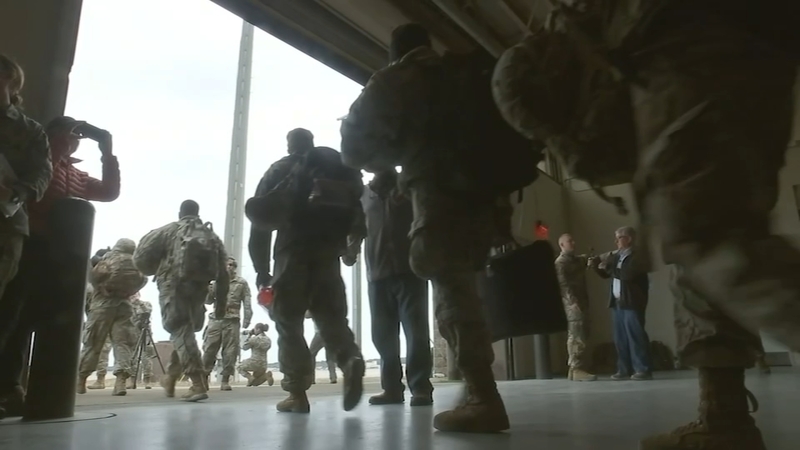 They'll be leaving during the next few days to join the 1,700 soldiers from the same unit who previously deployed.

Back in Fayetteville, families -- and businesses -- are affected by the decisions made in Washington.

"The walk-ins are what it's all about," said Sesselie Henry, manager of Hummingbird Candle Company.

She'll expect fewer walk-ins with the announcement that more troops are headed overseas and especially those left at home.

"They have to find babysitters; it's COVID still," Sesselie said. "All these situations are still happening, so I feel like a lot of businesses and not just my business here in Fayetteville feel the impact of any deployment."

Members of the 82nd Airborne are going to Europe to reassure NATO partners that the United States has their back.

It means 4,700 troops from Fort Bragg will eventually be on the ground.

"For the most part, most of these troops will be training, and it's just the presence," said Luis Martinez, senior Pentagon reporter for ABC News. "The presence there is really what this is all about."

Martinez doesn't expect the troops to go into Ukraine or see combat but things can shift quickly.

"I think these families as well understand those risks," he said.

Sesselie's father was in the Army, too, so she understands military life and the deep ties people in Fayetteville have to the military.

"Most of us have a connection to someone in the military, so whether it affects you financially, it will affect you emotionally," Sesselie said.

The owner of Pierro's Italian Bistro, Danny Fair, in Downtown Fayetteville is ex- military himself.

Fair said it's clear when troops are deployed; 60/70 percent of his customary base is military related in some way.

"COVID has made it particularly difficult, but I love to cook. I love the customer interaction, to be a part of the community and have a name that's been known and recognized over the years." Fair said. "We definitely notice any kind of substantial deployment of our troops and Valentine's Day is a busier time and you don't notice it as much but on normal weekends you do. We just like to serve the community and give something back."

The 82nd Airborne always gets called into this type of duty because it can mobilize quickly with just 24 hours' notice.